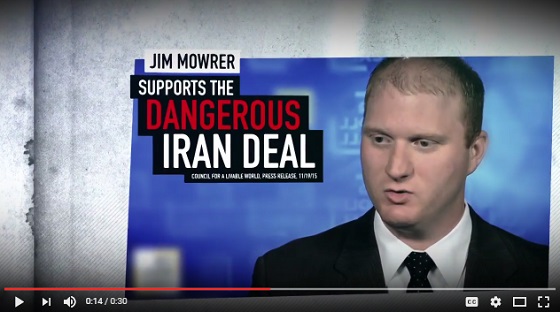 “Whether it’s his support for the dangerous Iran nuclear deal or bringing in thousands of refugees from ISIS war zones into the United States, Jim Mowrer’s views are too dangerous,” said Ruth Guerra, spokeswoman for CLF.  “Jim Mowrer’s support for deals that empower terrorism is a risk Iowans can’t afford to take.”

The ad will air on broadcast and cable in the Des Moines media market beginning Tuesday, October 18, as part of CLF’s $1.5 million independent expenditure campaign in IA-03. A 15-second version of the ad will run on digital platforms. CLF and its sister organization American Action Network’s total announced general election spending to date is over $33 million in 29 districts nationwide.

ISIS is a real threat.

A deal that gives Iran billions.

Money they can use to fund terrorism.