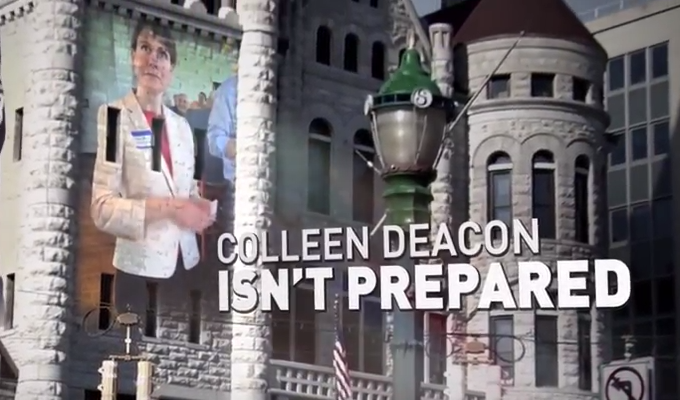 “Colleen Deacon has demonstrated she doesn’t know what she’s talking about on national security,” said Ruth Guerra, spokeswoman for CLF. “Whether on fighting ISIS or supporting the Iran nuclear deal, Colleen Deacon will have to ask Nancy Pelosi what to say. New York families’ security can’t depend on amateur hour from Colleen Deacon.”

The TV ad will air on Syracuse broadcast and cable beginning Tuesday, October 11, as part of CLF’s $800,000 independent expenditure campaign in NY-24. In addition to television advertising, CLF is running digital advertising and door-to-door GOTV activities in the district.

ANNCR: A nation besieged by terror. Attacks on our homeland. Adversaries growing bolder.

Instead of standing up to the party bosses,

DEACON: “Obviously, I don’t know what the answer is.”

Our security is too important to trust Colleen Deacon.