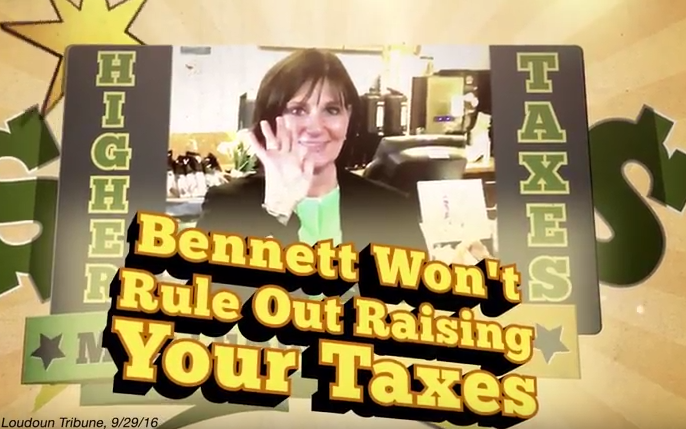 The TV ad will air on Washington DC broadcast and cable beginning Tuesday, October 11, as part of CLF’s $1.5 million independent expenditure campaign in VA-10. CLF is also running digital advertising in the race.  In 2014, CLF spent over $1 million in the VA-10 congressional race, supporting Barbara Comstock’s victory over John Foust.

But criticized her opponent for fighting the largest tax increase in Virginia history!

LuAnn Bennett won’t say no to any of them.

So, want less money in your pocket? C’mon down and meet LuAnn Bennett!

She’ll be happy to take your money.