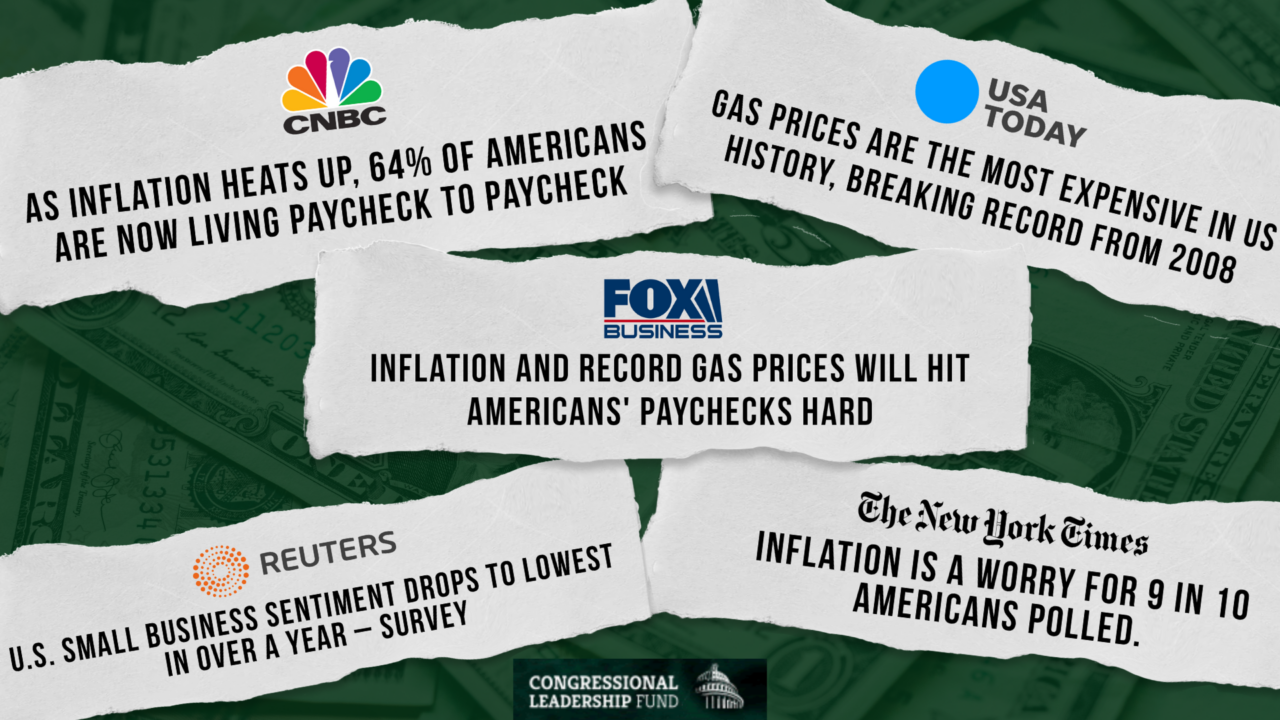 CNBC reports “amid an unprecedented government spending blitz” inflation in February shot up to 7.9% —the biggest spike since 1982, forcing a majority of Americans to live paycheck to paycheck.

But that’s not all. Headlines this week tell the story of the dreadful economy Democrats created:

“Americans are finding it harder than ever to get by in Democrats’ America,” said CLF Communications Director Calvin Moore. “Prices are soaring, the economy is spiraling out of control and Democrats have no plan to address it.”