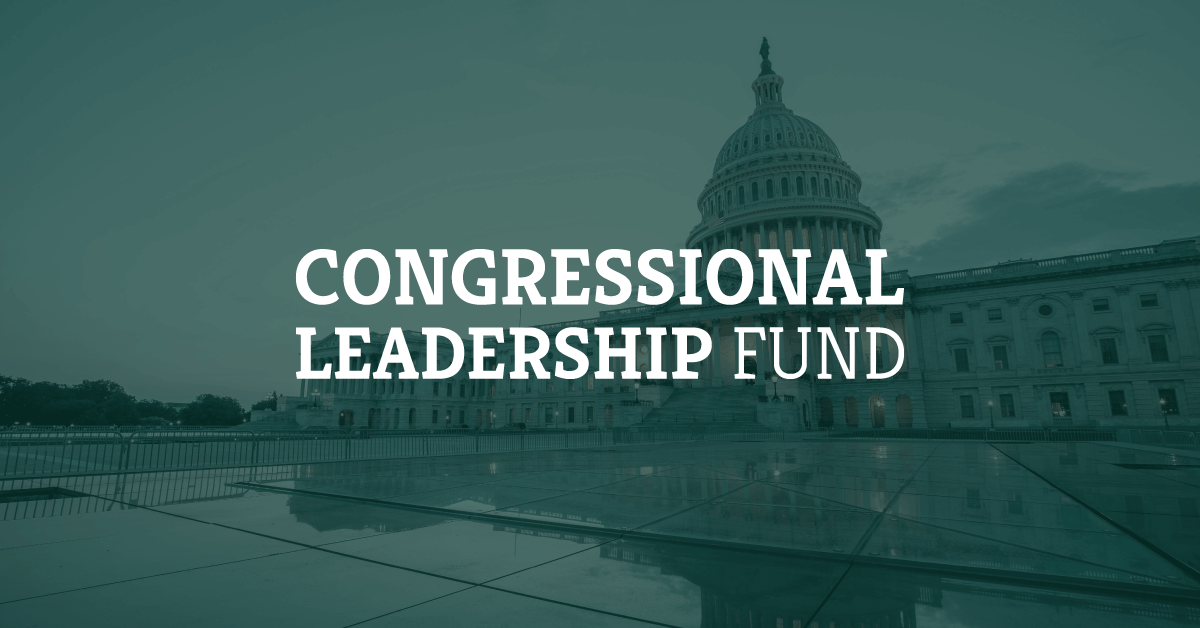 In case you missed it, Congressional Leadership Fund this week announced its largest ad reserve on record, booking $125 million in our opening salvo to win the Majority.

Check out what media and pundits are saying about it, and for more details view yesterday’s release here.

“A massive down payment on the party’s bid to wrest back the majority this fall.”

Politico: “House Republicans’ main super PAC is booking $125 million in TV ad reservations in roughly 50 media markets across the country — a massive down payment on the party’s bid to wrest back the majority this fall. This is the first of several rounds of fall TV and digital bookings for the Congressional Leadership Fund, the largest outside group spending in House races and one that is closely affiliated with Minority Leader Kevin McCarthy. But this initial purchase is already more than the super PAC spent on those ads during the entire 2020 election cycle, according to buys shared first with POLITICO.”

Playbook: “Where they’re targeting: The “core of the map — where CLF placed some of its most lengthy and substantial buys” — are districts that JOE BIDEN carried by 6 to 9 points. But they’re also targeting “several Democrats in seats that Biden carried by double digits in 2020.”

“Largest ever by the House GOP super PAC”

The Hill: “The space for the ads was reserved for television and streaming services in 48 media markets that can reach 46 congressional districts across the country.  This is the largest purchase of first round ad reserves ever for the group and three times more than what was spent in the first round of the 2020 elections.”

Washington Examiner: “This Congressional Leadership Fund announcement serves as a reminder of just how prolific a fundraiser McCarthy has been and how crucial his political skills may be to his party’s efforts to win back the House majority after four years in the minority… This first round of ad buys by Congressional Leadership Fund is the largest ever by the House GOP super PAC and dwarfs the $43 million in initial purchases made by the group in 2020.”

“Republicans are serious about taking down the Democratic Congressional Campaign Committee chairman.”

CNN: “And on Thursday, the Congressional Leadership Fund, a super PAC aligned with the House Republican leadership, announced a $1.9 million ad campaign against Rep. Sean Patrick Maloney of New York this fall. The twin moves, which have not been previously reported, sent a clear message: Republicans are serious about taking down the Democratic Congressional Campaign Committee chairman, a conquest that would not only put them one seat closer to the majority, but would also earn them extra bragging rights within the GOP.”

Roll Call: “Super spending: The Congressional Leadership Fund, the super PAC aligned with the House GOP leaders, announced $125 million in initial ad reservations for this year across 48 media markets that could cover 46 districts. Of that, $111 million would be for offensive ads targeting districts currently held by Democrats, while $14 million is reserved to defend Republican-held seats.”

NBC News: $125 million: That’s how much the GOP super PAC Congressional Leadership Fund is spending on its initial ad buy for the fall across 50 media markets in its effort to flip the House, Politico reports.

National Journal: “The Congressional Leadership Fund, House Republicans’ super PAC, announced a $125 million ad buy across 50 media markets. “$111 million of the ad reservations are earmarked for flipping Democratic-held seats,” and this buy is focused on “districts that the president carried by 6 to 9 points.”

“89% of its ad spending in districts currently held by Democrats”

Bloomberg: “The McCarthy-backed group’s push shows that it’s mostly on the offensive, with 89% of its ad spending in districts currently held by Democrats. With rare historical exceptions, the party out of power usually picks up seats in midterm elections. The biggest outlay is $15 million in Las Vegas, where three Democrats are defending their seats: Representatives Dina Titus, Susie Lee and Steven Horsford. The committee is also spending $8.1 million in Phoenix, where Republicans aim to unseat Tom O’Halleran and Ann Kirkpatrick; and $7.3 million in Philadelphia, where they’re going after Chrissy Houlahan, Susan Wild and Matt Cartwright.”

“A good chance for a GOP pickup”

Florida Politics: There is a crowded field on the Republican and Democrat side, but the seat now represents a good chance for a GOP pickup in the midterms. Another prospect? Florida added a new House seat based on the 2020 census, and there is an open House seat in Tampa Bay as a result: Florida’s 15th Congressional District. Trump won this district too, but with just 50.86% of the vote, compared to Biden’s 47.74%. That makes it one of the most competitive congressional districts in Florida.

Save Jersey: “The incumbent (Malinowski) continues to be plagued by unresolved ethics allegations concerning millions of dollars in unreported stock trades. Today’s CLF buy means the Malinowski – who had about $2.7 million on hand at the end of the last quarter – can no longer count on an overwhelming financial advantage in defense of his seat.”

“Giving the Republicans an upper hand”

Breitbart:  “The House Republicans, while on the offense, only has to net gain five seats to win the majority back in the lower chamber. Currently, there have already been 31 Democrats that announced they would not be seeking reelection in the House, also giving the Republicans an upper hand in some cases — which could be the reason for some of the media ad buys.”

NewsMax: “The PAC is focusing its efforts on trying to oust Democrats rather than strengthen reelection bids by GOP incumbents, according to Politico. CLF President Dan Conston said about $111 million of the ad reservations being booked by the super PAC are aimed at flipping seats now held by Democrats.”