“Conor Lamb will say and do anything to get elected, but the truth is, he would support Nancy Pelosi’s liberal agenda if elected to Congress,” said Corry Bliss, CLF Executive Director. “With less than two weeks until Election Day, CLF will continue to expose Conor Lamb for who he truly is: a Nancy Pelosi liberal.”

CLF has invested over $2 million in television advertising to date ahead of PA-18’s special congressional election, and is executing an aggressive ground game in the district. In early January CLF opened two field offices in Pennsylvania’s 18th Congressional District with 50 full-time door knockers who will make 250,000 voter contacts in door-to-door efforts by Election Day in March. 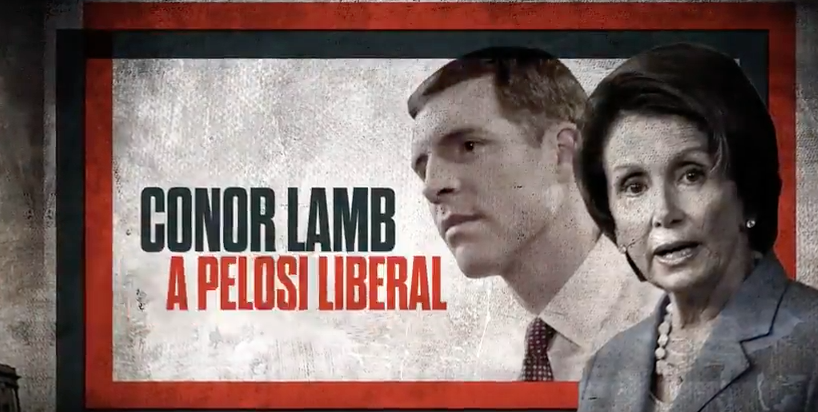 And Lamb is weak on illegal immigration.

He’ll join Pelosi to give amnesty to millions of illegals.

He’ll say anything to get elected.