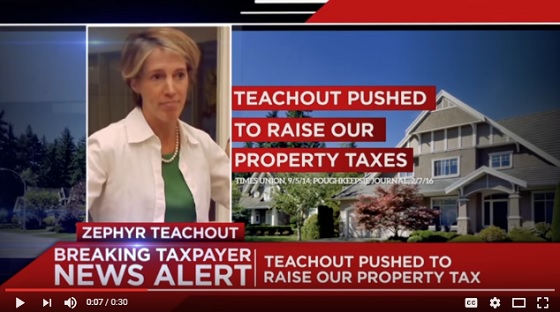 The ad will air on Albany broadcast beginning Tuesday, November 1, as part of CLF’s independent expenditure campaign in NY-19. In addition to TV advertising, CLF has invested in digital advertising, mail, and door-to-door grassroots efforts.

Teachout, who pushed to raise our property taxes…

Was caught underpaying her own taxes by thousands, back home in New York City.

They say, if we can’t trust Zephyr Teachout with our money now, how can we trust her in Washington?