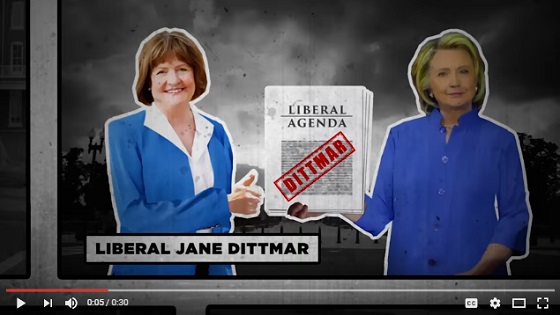 “Two for the price of one sounds like a good deal, except when it’s Hillary Clinton and Jane Dittmar” said Ruth Guerra, CLF spokeswoman. “Under Clinton and Dittmar’s agenda, Virginians lose money under high premiums and high taxes while the politicians pad their own pockets. Virginia families can’t afford a Hillary Clinton rubber stamp like Jane Dittmar in Congress.”

The ad will air on Charlottesville and Roanoke-Lynchburg cable, broadcast and digital platforms beginning Tuesday, November 1, as part of CLF’s now $850,000 independent expenditure campaign in the VA-05 race. CLF and it sister organization American Action Network’s total announced general election spending to date is over $45 million in 32 districts nationwide.

Even though health care premiums are skyrocketing.

And just like Clinton, Dittmar voted for higher taxes.

Higher premiums and higher taxes for us. A pay raise for her.