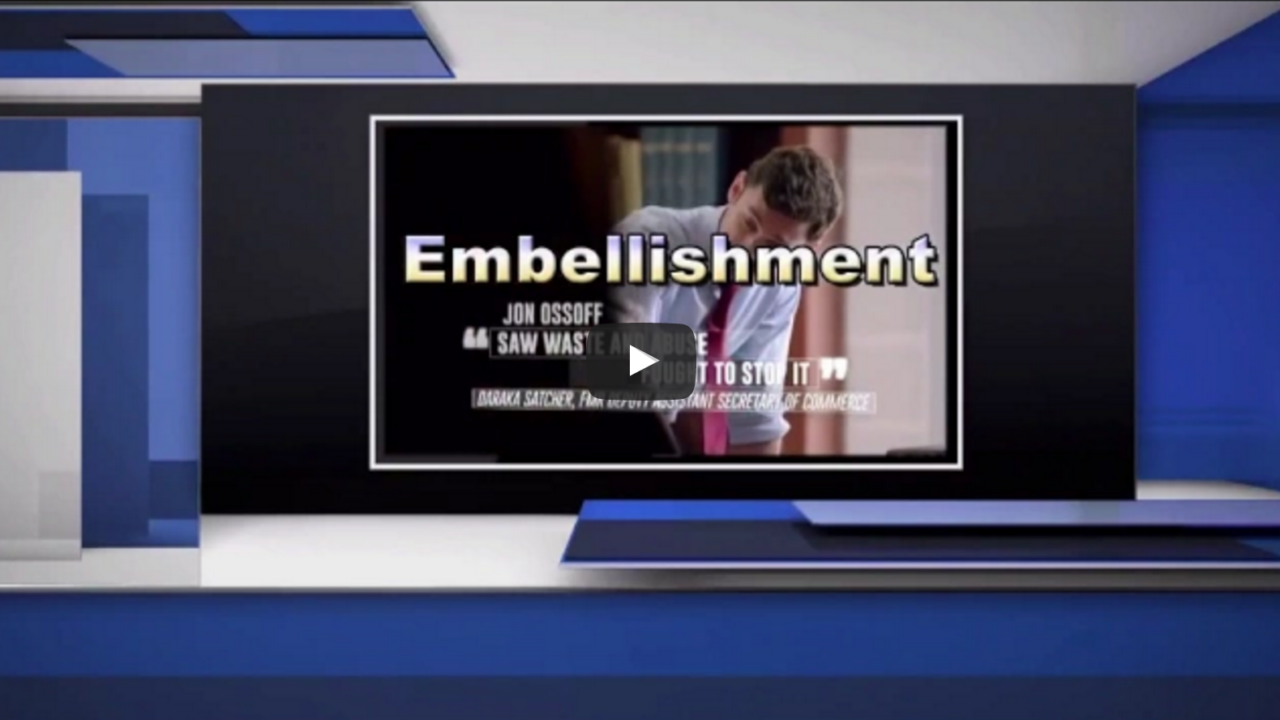 In case you missed it – wanted to flag WXIA’s story on Jon Ossoff’s latest campaign ad. The ad was put in the embellishment category, which is exactly where it belongs.

Excerpts from WXIA’s story below:

“As a national security aide with top security clearance,” he says, in part, during his ad.
Hassinger put this one in the embellishment category.
“He sort of made himself look like James Bond or Jack Bauer or some sort of secret spy,” Hassinger said.

Ossoff has a habit of embellishing the truth. In fact, our latest ad exposes Ossoff’s “5-year national security staffer” claim as dishonest. Exaggerating, embellishing, and misleading is how Jon Ossoff expects to earn voters’ trust? Sounds like a recipe for disaster and people are starting to take notice.