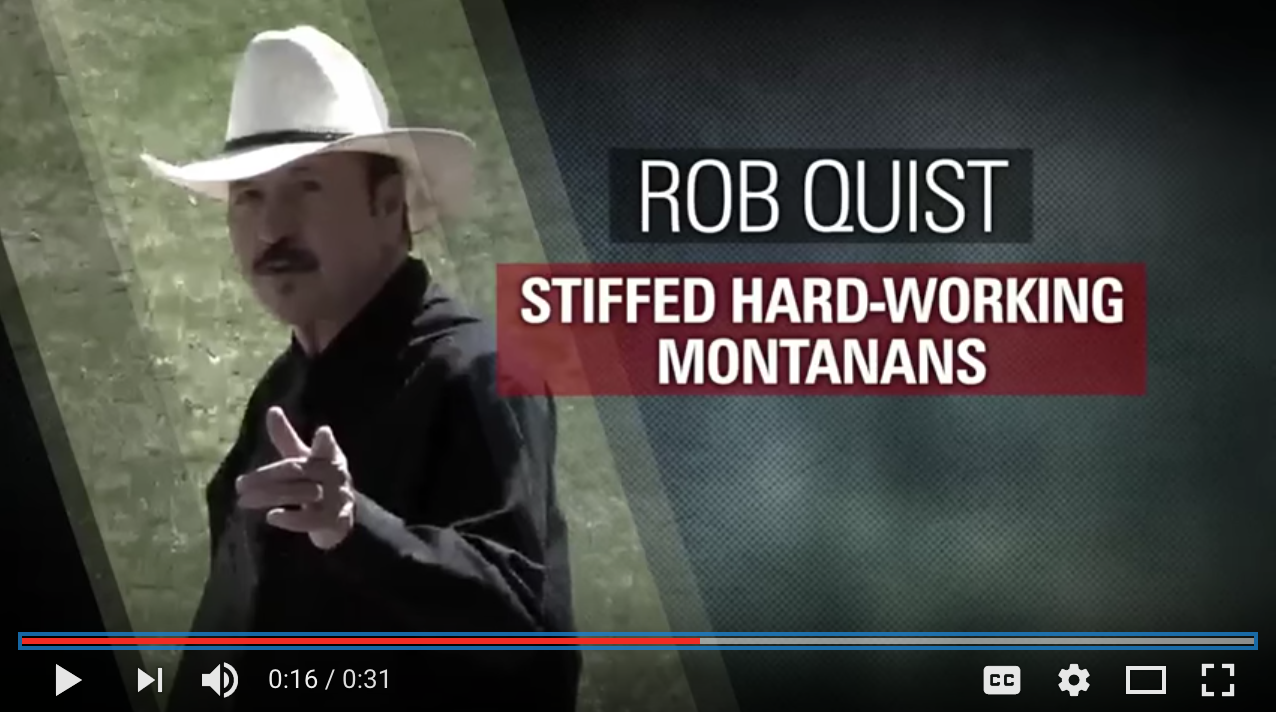 “Rob Quist’s track record is one mistruth after another. Rob not only failed to pay his taxes time and again, but also stiffed fellow Montanans,” said Corry Bliss, CLF Executive Director. “Quist’s history of dishonesty and turning his back on hard-working Montanans is what’s damning and a clear sign he can’t be trusted. Montanans will soon reject him and his dishonest ways, and Quist will have no one to blame but himself.”

In addition to TV and digital advertising, CLF’s now $2 million commitment in the race includes a mail and field program of 50 door knockers targeting 75,000 households by May 25. The 30-second spot will air on broadcast and cable in Billings, Bozeman, Great Falls, and Missoula media markets beginning Wednesday, May 3.

We work hard, pay our taxes.

But not Rob Quist.

Quist has faced multiple warrants for not paying his taxes.

He faced a lien for not paying a contractor – and was sued for breach of contract, deceit and fraud.

How can we trust Quist with our tax dollars?