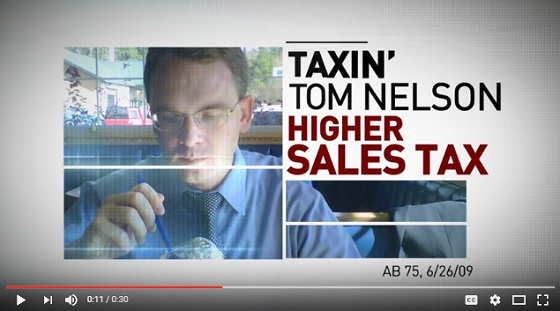 “Taxin’ Tom Nelson sure knows how to work the system to line his own pockets at taxpayers’ expense,” said Ruth Guerra, CLF spokeswoman. “While taking a pay raise for himself, Tom Nelson made earning a paycheck and owning a home or even driving a car cost Wisconsinites more. It’s a nightmare to imagine how much Tom Nelson would cost us all in Washington.”

The ad will air on broadcast and cable in the Green Bay media market beginning Tuesday, November 1, as part of CLF’s $900,000 independent expenditure campaign from CLF in the race. CLF and its sister organization American Action Network have announced general election spending to date of over $45 million in 32 districts nationwide.

Nelson took a taxpayer-funded pay raise for himself.

And made you pay more.

Nelson even voted for higher fees on car registrations.

More pay for himself. Higher taxes for you.

Taxin’ Tom Nelson. Just imagine how much he’d cost us in Washington.