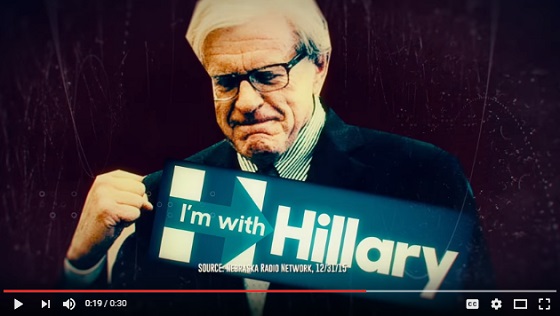 “Congressman Brad Ashford likes to talk about being bipartisan but the truth is he’s lost his way since going to Washington,” said Ruth Guerra, spokeswoman for CLF. “Ashford’s blind support for Clinton and Pelosi coupled with his continued embrace of Obamacare proves his loyalty is with the Democrat Party, not the values of Omaha families. Nebraskans deserve an independent voice and proven leader like General Don Bacon in Congress.”

The ads will air on cable, broadcast and digital in the Omaha media market beginning Tuesday, November 1 through Election Day as part of CLF’s now $1.2 million independent expenditure campaign in NE-02. CLF and its sister organization, American Action Network (501c4), have announced total general election spending to date of over $45 million in 32 districts nationwide.

His first vote in Congress? Nancy Pelosi for Speaker.

And supporting keeping hundreds of billions in Medicare cuts.

He’s not YOUR voice in Congress. He’s theirs.

But supported almost doubling his own pay,

And wasted nearly a million dollars at the Omaha Housing Authority.

Brad Ashford. Playing fast and loose, with your money.