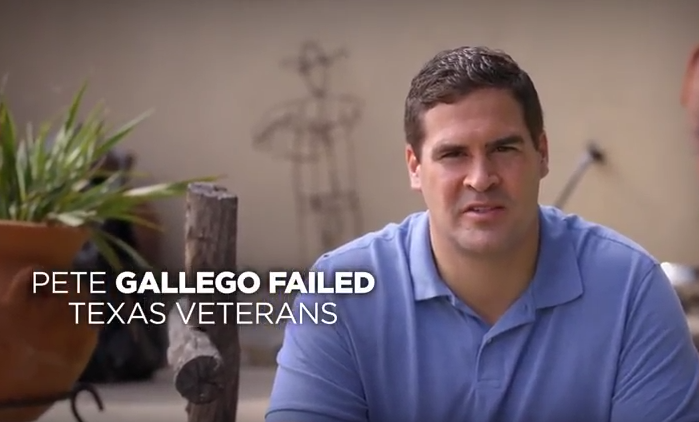 “When men and women in uniform needed Pete Gallego to stand up for their health care, he let them down,” said Ruth Guerra, spokeswoman for CLF. “Pete Gallego knew that veterans were suffering with access to care and he wouldn’t lead. Texans deserve better than a career politician like Pete Gallego who only looks after himself.”

The TV ad will air on broadcast, cable and digital in the San Antonio and Midland-Odessa media markets beginning Tuesday, October 11, as part of CLF’s $2 million independent expenditure campaign in TX-23. In 2014, CLF and its sister organization, the American Action Network (501c4), spent $1.6 million in the TX-23 congressional race, supporting Will Hurd’s victory over Pete Gallego.

GRANT:  I served two combat tours in the Middle East.

ANNCR: But at the VA, long lines, neglect, indifference.

DEVORA:  Pete Gallego knew about it, but he failed to lead.

RITA: Pete Gallego…he didn’t lead when he could have.

GRANT:  I got so frustrated I ended up paying out of pocket.