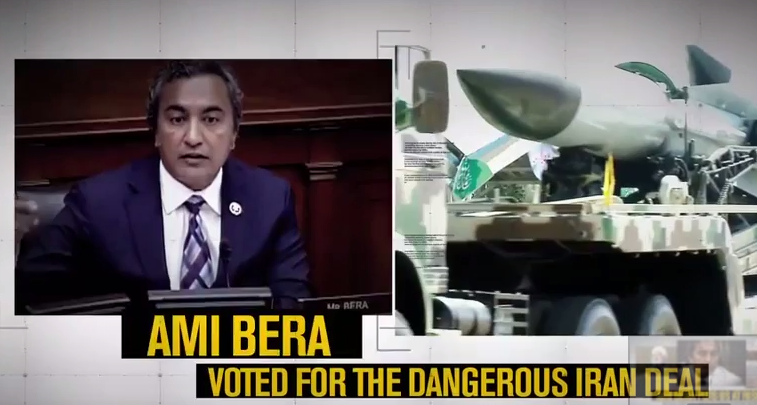 TV and Digital Ads Part of CLF and AAN’s $1.5 Million Campaign in CA-07

“Ami Bera knows a thing or two about shady deals, but his support for deals that empower Iran to build weapons and potentially fund terrorism is unconscionable,” said Ruth Guerra, spokeswoman for CLF.  “Even after the Iran deal has been exposed as a farce, Bera has doubled-down by opposing a ban on future cash payments to a state sponsor of terrorism. Ami Bera’s dangerous deals are putting America at risk.”

The TV ad will air for one week on Sacramento broadcast, cable and digital beginning Tuesday, October 11, as part of CLF’s $1.2 million independent expenditure campaign in CA-07. In addition, American Action Network, CLF’s 501c4 sister organization, is spending $300,000 in independent expenditures on door-to-door GOTV activities in the district.

Yet, Ami Bera voted for the dangerous deal putting Iran on a path to get nuclear weapons.

And giving them billions. . .money they can use to fund terrorism.

Ami Bera puts us at risk.