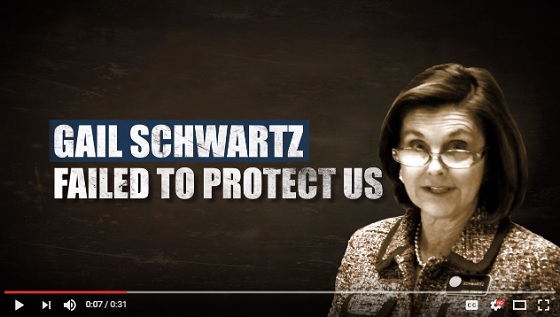 “At a time when our country faces grave threats at home and abroad, Gail Schwartz’s lenient response to hardened criminals should give Coloradans pause,” said Ruth Guerra, CLF spokeswoman. “The stakes are too high and Gail Schwartz is a risk Coloradans can’t afford to take.”

The ad will air on Denver broadcast and cable beginning Friday, October 21, as part of CLF’s $1.3 million independent expenditure campaign in CO-03. A 15-second version of the ad will run on digital platforms. CLF and its sister 501c4 American Action Network have announced general election spending of over $40 million in 32 districts nationwide. CLF and its sister organization, American Action Network, remain the single largest outside conservative spenders on the U.S. House.

But Gail Schwartz failed to protect us.

Schwartz voted to allow violent criminals in solitary confinement to be eligible for “good
behavior time,”  which reduced their sentences.

The disastrous effects included the early release of hardened criminals.

Criminals. Near our shopping centers.

Felons. Near our schools.

Today’s threats are real.  But Gail Schwartz won’t protect us.