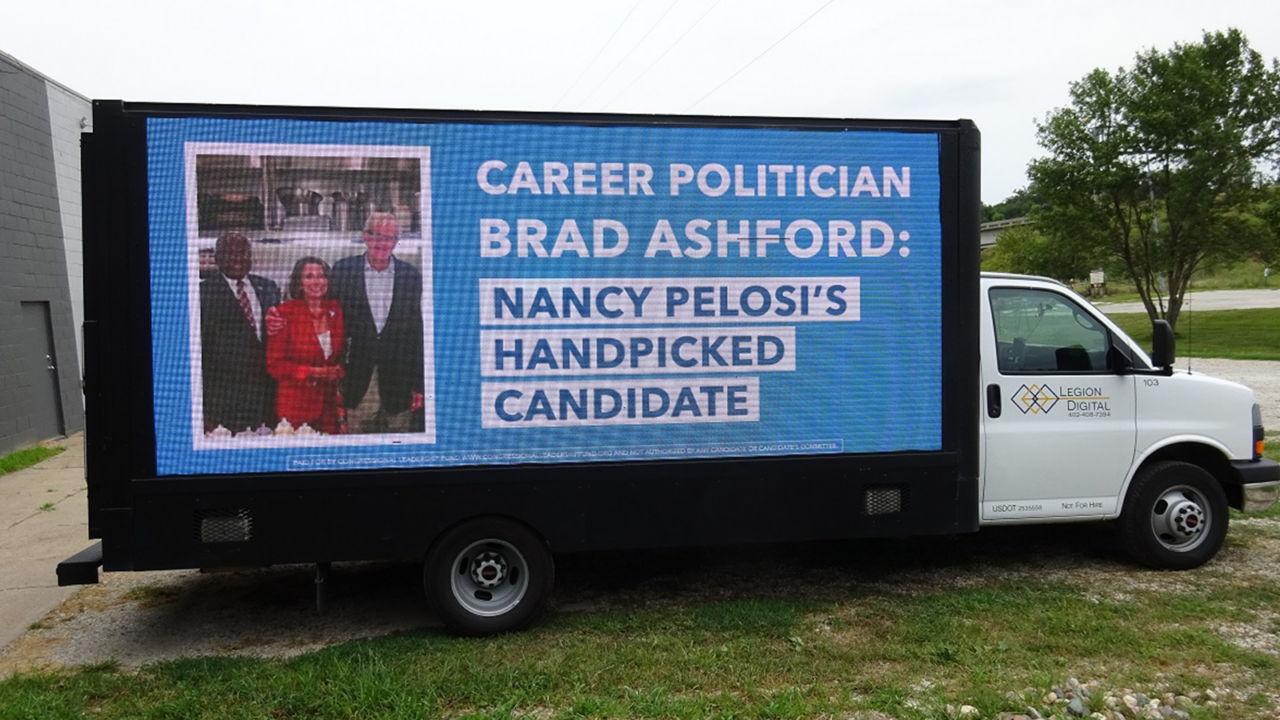 “Career politician Brad Ashford is nothing more than a foot soldier to Nancy Pelosi and her extreme liberal agenda of more spending and a weakened military,” said Corry Bliss, CLF Executive Director. “Ashford’s support for Pelosi and his continued shift to the left to appease the so-called ‘resistance’ movement makes clear his values are completely out-of-touch with Omaha families. That’s why come around November 2018 they’ll reject him again.”

The mobile billboard will circle the grounds of the town hall before and during the event.

View an example of the mobile billboard below: