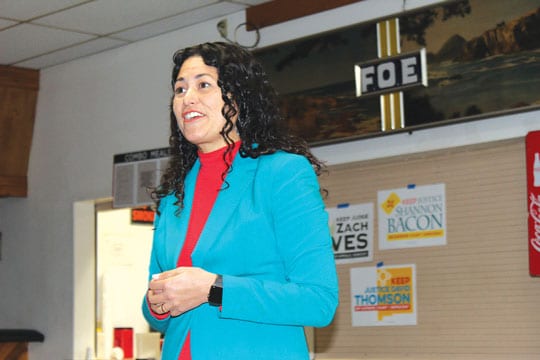 When Joe Biden endorsed Xochitl Torres Small he said she knew the “struggles of rural America and would bring common-sense solutions to Washington, D.C.”

Makes sense though considering Xochitl was chanting “Say no to Big Oil” at liberal protests over a decade before Biden even thought about ending the energy industry.

“Congresswoman Torres Small and Joe Biden will both say whatever it takes to get elected, but the one thing that remains true is that they are both dead set on ending good paying energy jobs,” said CLF Press Secretary Will Reinert. “Torres Small has been protesting to end the oil and gas industry for more than a decade, and Joe Biden would let her do it.”