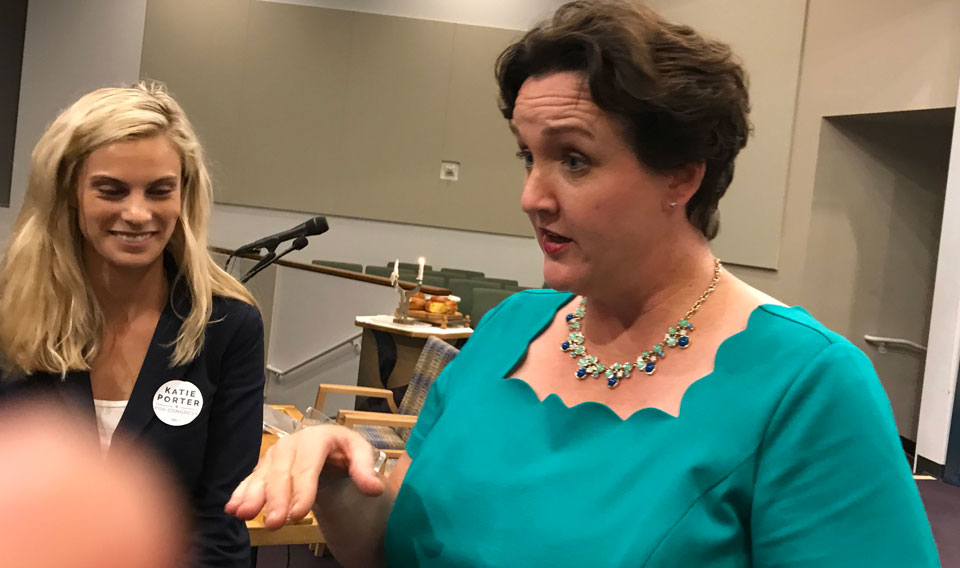 Katie Porter is getting absolutely scorched back in California after deciding to join the House extremists and call for impeachment. The San Francisco Chronicle headline below speaks for itself, so I’m just going to leave that here…

In case you missed it:

Orange County Rep. Katie Porter became the first of the 2018 California Democrats who flipped GOP seats to support an impeachment inquiry into President Trump — a stance that an opponent plans to use against her in hopes of turning the first-term House member into a one-term House member.

Porter, a law professor who defeated GOP Rep. Mimi Waters in November to grab a seat long held by Republicans, tweeted a three minute-plus video Monday explaining that she “cannot with a clean conscience ignore my duty to defend the Constitution” when “faced with a crisis of this magnitude.”

Today I wanted to speak directly to the people of CA-45. There’s been a lot of noise in D.C. and in the press about impeachment, so I wanted to share my thoughts with you. pic.twitter.com/ceri6lHwbY

“I can’t claim to be committed to rooting out corruption and putting people over politics and then not apply those same principles and standards in all of the work I do,” the Irvine Democrat said. She offered viewers a link to a nine-page document spelling how she came to a decision.

Porter is one of only two freshman Democrat House members nationally from swing districts to support an impeachment inquiry. Rep. Tom Malinowski of New Jersey is the other. She is also the only one of the seven Democrats in California who won GOP-held seats in November to back an inquiry.

Sixty-seven members of the House, more than one-quarter of the Democratic caucus, now support an impeachment inquiry, but most are from districts where they have no fear of losing re-election. Speaker Nancy Pelosi remains committed opposed to starting an inquiry now, facing polls that show impeachment to be a mixed bag at best for the Democrats in 2020 and a disaster at worst.

One place where impeachment is not popular is Orange County, where 57 percent of likely voters opposed starting impeachment proceedings when they were surveyed in May, according to the nonpartisan Public Policy Institute of California. Porter’s announcement that she wants an inquiry fired up a 2020 opponent’s camp.

“It’s not popular in the district and it feeds the narrative that she’s too liberal and extreme,” said John Thomas, chief strategist for Laguna Hills Mayor Don Sedgwick, a Republican who plans to challenge Porter in 2020. Sedgwick will have “strong” fundraising totals when the current period ends, Thomas said.

“The problem with (Porter’s) brand is that she’s too liberal for the district — and now she does something like this, which is toxic in the district,” Thomas said.

However, Porter is gaining support online for her position. The video in which she announced her position has been viewed more than 1.2 million times in its first day and had more than 46,000 viewers indicating that they “liked” it.

Thomas said, “I expect her to start fundraising off this very soon, if she hasn’t started already.”