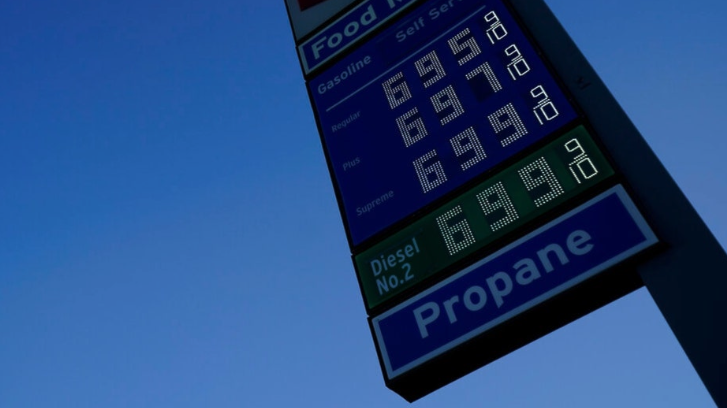 Elissa Slotkin, Dan Kildee, Dina Titus, and Kim Schrier “previously supported policies that would have raised gas prices” but they’re “singing a different tune ahead of the November midterm elections.”

Democrats did everything in their power to restrict American energy production, and now they want to pretend they’re not responsible for the pain at the pump.

In case you missed it …

Politically vulnerable Democrats who once supported policies that would have raised gas prices are now singing a different tune ahead of the November midterm elections.

Democratic Reps. Elissa Slotkin and Dan Kildee of Michigan, Dina Titus of Nevada, and Kim Schrier of Washington state, who all face tough re-election battles in their districts, have cosponsored the Gas Prices Relief Act of 2022, which would suspend the 18.4 cents-per-gallon federal tax through the midterms and the rest of 2022.

Those same lawmakers, however, previously supported policies that would have raised gas prices.

In 2018, Slotkin said she would “immediately” shut down the Enbridge Line 5 pipeline in Michigan, which moves crude oil and other petroleum products from western Canada. Shutting down the pipeline, an effort led by Democratic Michigan Gov. Gretchen Whitmer, would cost Midwest families and businesses an extra $23.7 billion for gasoline and diesel in the first five years, according to Consumer Energy Alliance.

Notably, Whitmer, who is up for re-election this year, also supports the proposed federal gas tax holiday.

In 2021, Kildee cosponsored the Energy Innovation and Carbon Dividend Act, which would impose a fee on the carbon content of fossil fuels. According to the environmental group behind the legislation, Citizens’ Climate Lobby, each $10 per metric ton carbon fee would add about 11 cents to a gallon of gasoline, about 6 cents to a therm of natural gas, and 0.9 cents to a kilowatt-hour of coal-generated electricity.

In 1997, Titus, as a state lawmaker, voted for legislation that automatically raises Nevada’s fuel tax by the exact amount of any reduction at the federal level, The Nevada Independent reported. So the 18.4 cents per gallon that would be suspended through the proposed federal gas tax holiday would then be tacked on at the state level.

Titus explained to The Nevada Independent earlier this month that the 1997 bill applies to permanent reductions in federal gas taxes, while the 2022 bill she is cosponsoring is a temporary measure.

In 2018, Schrier supported a failed ballot measure to impose a carbon fee in the state of Washington that would have increased every year until emissions targets were met. According to The Seattle Times, the measure would have raised gas prices 14 cents per gallon in the first year.

Meanwhile, Rep. Angie Craig, D-Minn., who is a top target for Republicans trying to take back the House in the midterms, asked President Biden to tap the strategic petroleum reserve to lower gas prices in November 2021. Along with Kildee, she, too, cosponsored the Energy Innovation and Carbon Dividend Act of 2021 that would raise gas prices.

Gas prices have been on a steady rise due to strained supply and increased demand, but Russia’s invasion of Ukraine on Feb. 24 accelerated the pace, sending gas prices soaring past levels last seen during the Great Recession.

The national average for a gallon of regular gasoline fell to $4.305 as of Wednesday morning, as oil prices retreated, according to AAA. On Friday, prices hit a record high of $4.33 per gallon.