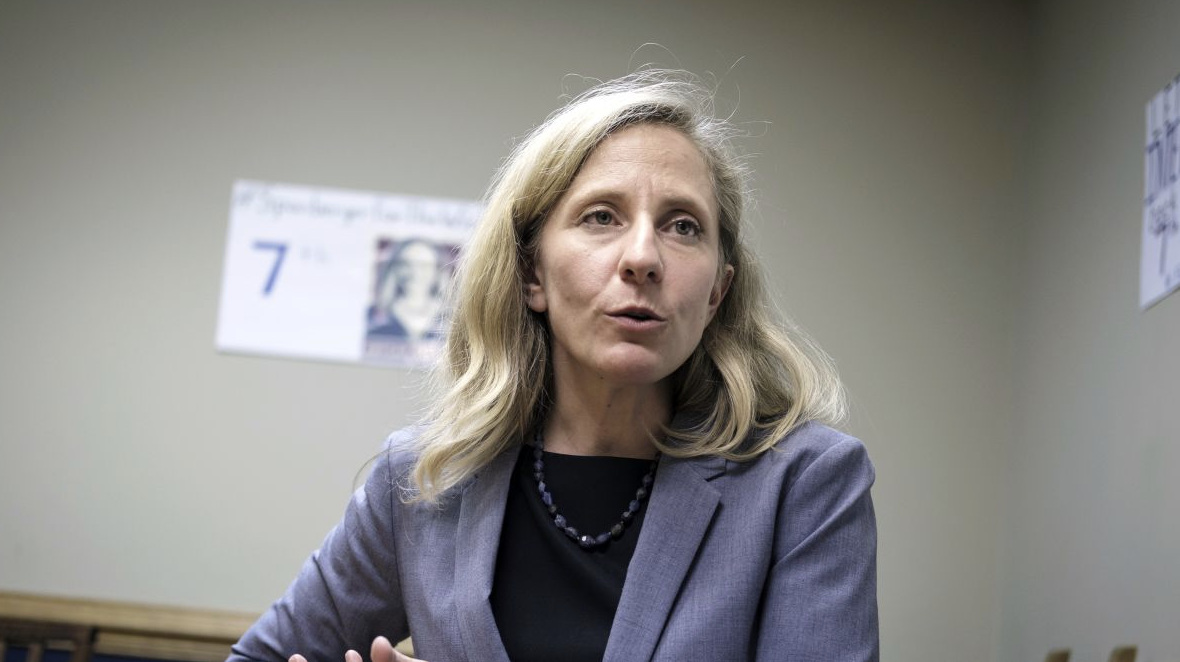 Abigail Spanberger famously insisted “nobody elected [Biden] to be FDR.”

But in a newly uncovered video, Spanberger seems to be changing her tune. Speaking to a Zoom townhall, Spanberger calls for liberals to “build” on BBB policies, insisting that FDR’s “New Deal did not occur in one year.”

Democrat U.S. Representative Abigail Spanberger of Virginia’s 7th congressional district has found herself “facing a bruising re-election” and, with eight months to go before facing voters in the midterms, new video shows that Spanberger is still struggling to make up her mind about whether she stands by President Biden’s bloated, woke, and expensive Build Back Better agenda.

The video — obtained exclusively by Townhall — shows Spanberger on a Zoom call admitting she’s “gotten in a little bit of trouble for making comments about President Biden and F.D.R.” And indeed she did following an interview with The New York Times last November.

Last year, after Republicans trounced Democrats in the Commonwealth, Spanberger told The New York Times that “We [Democrats] were so willing to take seriously a global pandemic, but we’re not willing to say, ‘Yeah, inflation is a problem, and supply chain is a problem, and we don’t have enough workers in our work force. We gloss over that and only like to admit to problems in spaces we dominate,” she added. Spanberger also pointedly said of Biden that “nobody elected him to be F.D.R., they elected him to be normal and stop the chaos.”

But now, Spanberger’s tune has changed from her earlier seemingly self-aware and critical take on Biden and Pelosi’s priorities.

Voters in the Virginia’s 7th would be forgiven for being confused by whether Spanberger thinks Biden’s legislative agenda is too progressive and too much like F.D.R.’s — or whether she is all-in on loyally supporting the Biden tax-and-spend agenda wherever it leads.

Shortly after her Times interview, Spanberger voted in the affirmative to move the Build Back Better framework forward, seemingly contradicting her quote about Democrats wanting “normal” and not F.D.R.-style policies. Just a few days after casting her vote in support of Build Back Better, Spanberger told the Richmond ABC affiliate that she is “proud to be among the legislators on Capitol Hill sounding the alarm bells about how serious” inflation was becoming as she issued calls for Biden to do something about the rising cost of groceries and gasoline.

Despite her contradictory statements about what Democrats want, the kind of President Biden should be, and what should be done about his tax-and-spend agenda, Spanberger appeared at an event with Biden last month saying “I welcome the opportunity to bring the President of the United States to my district to hear directly from the people I serve.”

For someone who’s seeking to run as a moderate in 2022, supporting inflation-triggering policies while publicly stating concern about inflation — then criticizing Biden’s progressive priorities before calling for Congress to “build” on those priorities — is a confusing way to campaign.

To be sure, running as a Democrat in the first midterm election cycle under a chronically unpopular Democrat president is no treat. Tack on record-high gas prices and 40-year high inflation combined with the fact that Virginia just saw a significant political upset when Republicans swept statewide offices and reclaimed the majority in the State House, and Spanberger does indeed have a “bruising” race ahead.