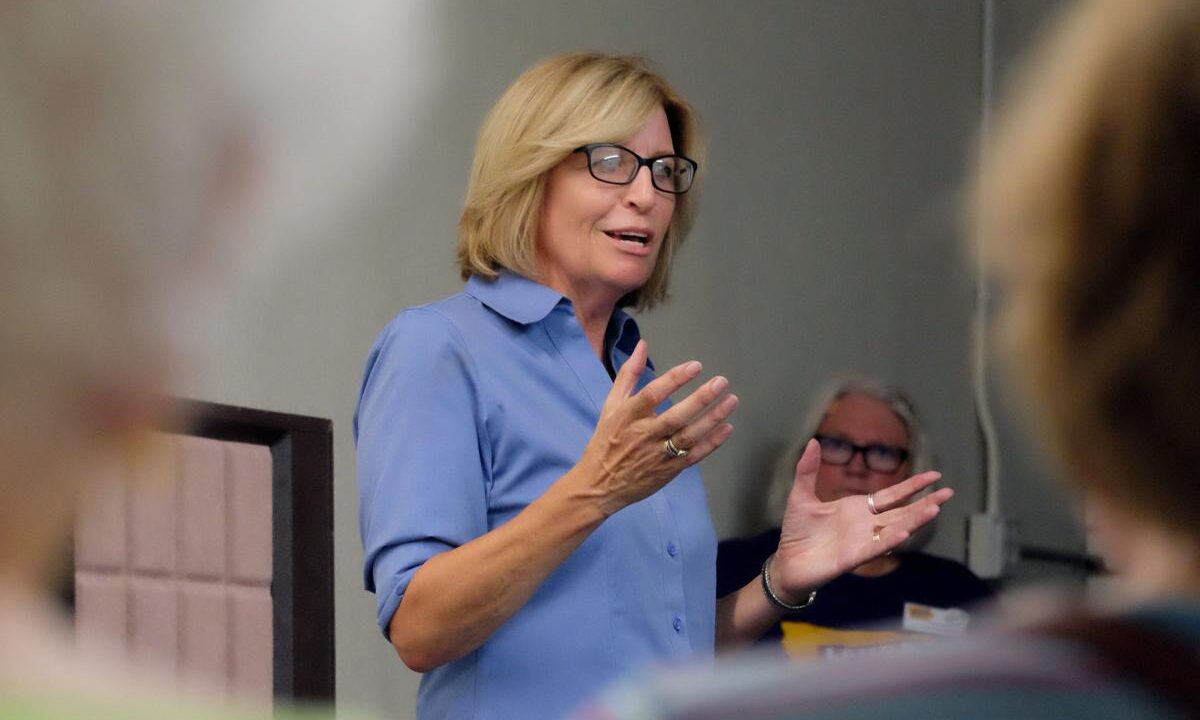 More bad news for Democrats’ hopes in Iowa this morning. New polling in IA-02 shows Republican  Mariannette Miller-Meeks already has the race tied 41%-41%. Among voters who know both candidates, Miller-Meeks takes the lead 49-46%.

Maybe it has something to do with Democrat Rita Hart’s plan to bankrupt farmers?

Click here to read the full polling memo. Story in The Gazette in Cedar Rapids is here.

In a live poll of 406 likely voters by Harper Polling, Republican state Sen. Mariannette Miller-Meeks and Democrat Rita Hart each had the support of 41 percent of the respondents. Sixteen percent of those polled were undecided, according to the poll commissioned by the Congressional Leadership Fund, which supports Republican candidates.

“Dr. Miller-Meeks is fighting to win and has made Iowa’s 2nd District a top pickup opportunity for Republicans this fall,” said Calvin Moore, CLF communications director. “Voters are clearly recognizing that sending Rita Hart to Congress would have devastating consequences for Iowa families, like wiping out countless family farms and livestock producers under the farm regulation bill she backed just this week,”

That’s a reference to New Jersey Sen. Cory Booker’s Farms System Reform Act, which would place a moratorium on concentrated animal feeding operations (CAFOs) and phase them out by 2040. It would reduce food production, increase food prices and destroy thousands of Iowa jobs, according to Miller-Meeks supporters.

Hart, a Wheatland farmer and former teacher has not endorsed the plan, according to her campaign. However, the former state senator, told the Iowa Farmers Union she agrees with the principles of Booker’s legislation, which has not been endorsed by farm groups.

Without commenting on the poll’s accuracy, campaign manager Zachary Meunier said Hart isn’t taking any votes for granted in the race that election handicappers rate from “tossup” to “leans Democratic.”

“That’s why Rita has been aggressively reaching out to people across this entire district to talk about how she plans to work across the aisle to tackle corruption in Washington, lower the cost of prescription drugs, and support small businesses and good paying jobs,” Meunier said. “We know Rita can win over voters on all sides of the political spectrum — even Republicans have endorsed her.”

The poll, conducted the last week of July, also found that among voters who have an opinion of both candidates, Miller-Meeks leads Hart 49 percent to 46 percent.

All results were within the 4.9 percent margin of error.

Miller-Meeks, an Ottumwa ophthalmologist, and Hart are running for the seat now held by Democrat Rep. Dave Loebsack, who is retiring after seven terms representing the 24-county southeast Iowa district that include Johnson and Scott counties.