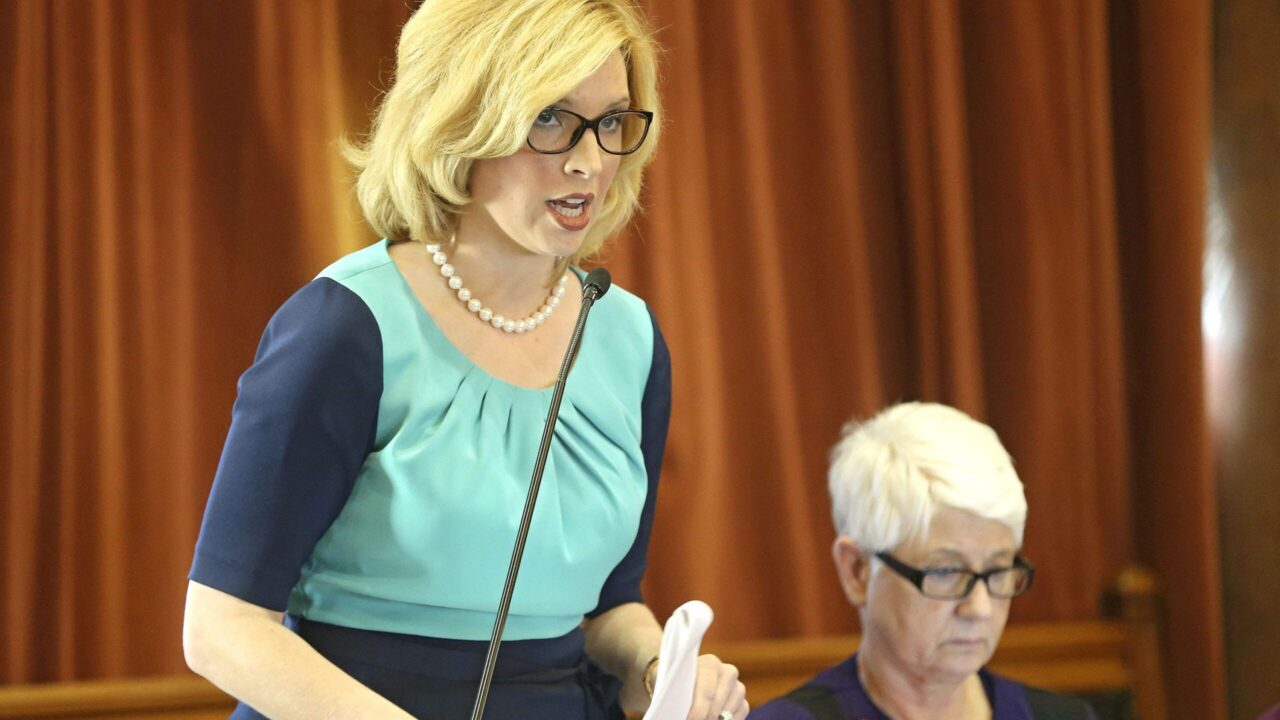 A new poll published today by The Cedar Rapids Gazette shows the race in IA-01 tied with both Finkenauer and Hinson tied at 45% of likely voters.

A new poll in Iowa’s 1st District shows the race for the U.S. House seat in a dead heat.

A poll conducted for the Congressional Leadership Fund, a super PAC that seeks to elect Republicans to the House, shows incumbent Democratic Rep. Abby Finkenauer and her GOP challenger, state Rep. Ashley Hinson, each receiving the support of 45 percent of likely voters.

The results track with what the Hinson campaign says it is seeing on the ground as 29 days of early voting are set to begin Monday ahead of the Nov. 3 election.

“She is out of touch with voters in Iowa’s 1st Congressional District,” Peacock said.

Conducted by Basswood Research out of Maryland, the poll sampled 400 likely voters Sept. 26-28. It was conducted by live interviewers, half by landline and half by cellphone. Interviews were geographically distributed to reflect actual voting patterns in the northeast Iowa district that includes Cedar Rapids, Waterloo, Dubuque and Marshalltown.

Finkenauer campaign spokesman Jason Noble downplayed the poll, calling it “an unreliable push poll from a pollster with a history of inaccurate results.”

Basswood received a B/C grade in pollster ratings by fivethirtyeight.com, a website focusing on opinion poll analysis.

The Basswood poll, which has a margin of error of 4.9 percent, comes on the heels of a Des Moines Register/Mediacom Iowa Poll that showed an unnamed Democrat leading an unnamed Republican 47 percent to 41 percent with an 8.7 percent margin of error.

Some House race handicappers had considered Finkenauer among the most vulnerable Democratic incumbents. However, the University of Virginia’s Crystal Ball on Thursday moved the race from “toss up” to “leans Democratic” based, in part, on gains former Vice President Joe Biden has made in Iowa.

With 10 percent of 1st District voters undecided, both candidates have an opportunity to pull ahead in the final weeks of the campaign. However, Basswood reported Hinson has a 6 percentage point advantage with independents.

According to Thursday numbers from the Iowa Secretary of State’s Office, 35 percent of 1st District voters are registered Democrats, 30 percent are Republicans.

Although the race is dead even, Basswood said Finkenauer has an advantage in public awareness or what it calls hard name identification. Finkenauer has 75 percent hard opinion — the sum of those who view her favorably and those who view her unfavorably. Sixty-four percent have a hard opinion of Hinson, which Basswood said leaves her with “room to grow.”