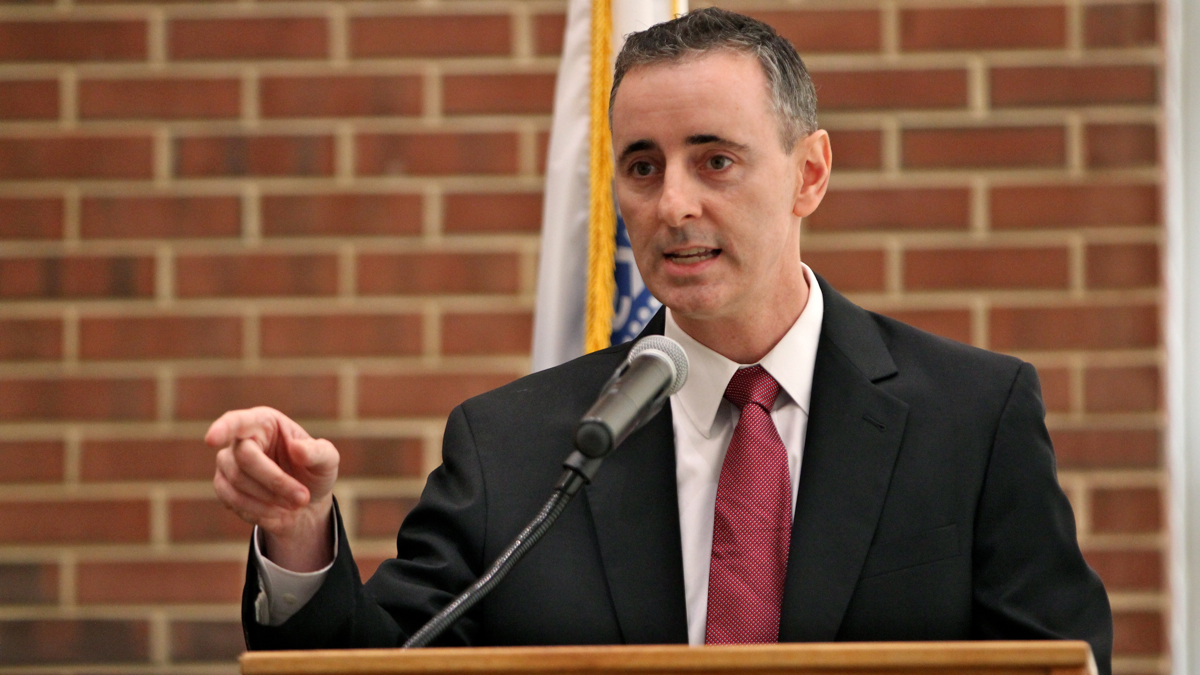 Fitzpatrick’s lead comes among strong showings with independent voters (where he leads by 13) and registered Democrats, where he earns 23 percent of their vote.

A national Republican PAC says that Rep. Brian Fitzpatrick (R-Bucks) is in a “strong position” to be reelected heading into the final six weeks of the campaign.

It’s the second poll this cycle that they’ve released on the race in PA1. In July, CLF’s poll showed Fitzpatrick with a 15 point lead over Finello, 50-to-35, in the race.

It’s Democratic counterpart, House Majority PAC, released an internal poll of this race in late June showing Fitzpatrick only leading by 1 point, 45-to-44.

CLF doesn’t coordinate directly with candidates or committees like the National Republican Congressional Committee, but it does play a role in helping shape what races to watch in November. Publicizing an internal poll is a key way to help craft a message for a congressional race.

American Viewpoint polling leans in Republicans favor by an average of 0.8%, according to analysts at FiveThirtyEight, which gives the outlet a B/C rating. Having said that, all internal poll results should be taken with a grain of salt.

The Finello campaign responded to the poll by linking Fitzpatrick with President Donald Trump.

“Brian Fitzpatrick and his special interest friends are doubling down on Trump’s playbook of fear-mongering and lies because they know Fitzpatrick’s record of failing to stand up for Bucks and Montgomery counties, voting with Donald Trump to gut protections for people with preexisting conditions, and refusing to extend urgently needed relief during the pandemic is indefensible,” said Finello campaign spokesperson, Ali Anderson. “Voters know better. In November, Fitzpatrick will be held accountable for turning his back on the people he is meant to serve and misleading them for the sake of partisan politics.”

Finello shared a similar message in her opening TV ad of the campaign released nearly 2 weeks ago.

Fitzpatrick voted for the GOP tax reform bill in 2018, but voted against the GOP bill to repeal the Affordable Care Act in 2017.

Additional polling included in the memo attempts to make the case that Fitzpatrick’s current lead in the Philadelphia market with limited time before the election makes it difficult for Finello to “become competitive.”

Unlike other internal polling in PA1, there were no numbers included between the head-to-head matchup between former Vice President Joe Biden and President Donald Trump in the blue-trending district.

Several polls released in the summer showed former Vice President Joe Biden holding a lead over President Donald Trump, beyond the margin of error in Pennsylvania.

Fitzpatrick is currently in his second term in Congress representing the Philadelphia suburban district. He bested pro-Trump Republican Andrew Meehan in the 2020 GOP primary by 27 points, which is a closer victory than his 2018 GOP primary win over pro-Trump Republican Dean Malik by 34 points. In the general election, Fitzpatrick defeated Democrat Scott Wallace by just over 2.5 points in the November midterm. At $31M in total spending, it was the fifth-most expensive non-special congressional contest in American history. Fitzpatrick was just one of two Republicans nationwide to weather the blue wave in 2018 by winning boundaries that narrowly went to Sec. Hillary Clinton in 2016.