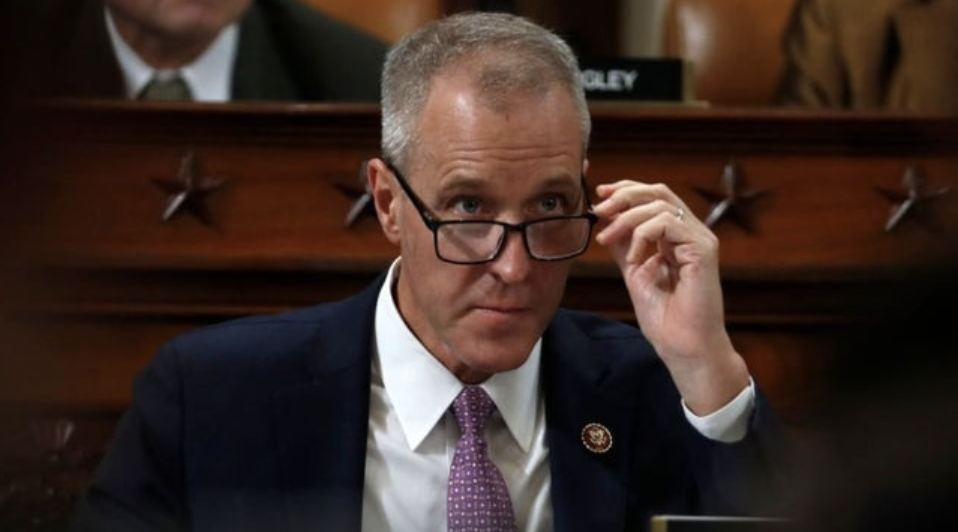 Frontline House Democrats are in all out mutiny this morning over the DCCC’s growing incompetence. Several swing district Members dished to Politico Playbook on their *lengthy* list of problems and why they’ve lost faith in the groups ability to save their Majority.

The entire thing is pretty 🔥 so check it out below, in case you missed it…

‘THIS IS A REAL F—ING PROBLEM’ — That’s how one vulnerable House Democrat summarized growing discord between members in battleground districts and the Democratic Congressional Campaign Committee. That member and five others Playbook spoke with in the past week alleged that the Democratic organization whose purpose is to help the party keep the House next year is instead hurting their chances of reelection.

We granted the members and their staff anonymity to speak freely about their frustrations with the strategy DCCC Chair SEAN PATRICK MALONEY (N.Y.) has adopted in dozens of competitive districts. The complaints fall roughly into three categories.

1) BOTCHED MESSAGING — Universally, we heard that there’s been too much Trump talk, not enough focus on pocketbook issues. TERRY MCAULIFFE banged the anti-Trump drum constantly on his way to losing the race for Virginia governor. But at-risk members we spoke with worry that Maloney is still embracing the Trump-as-boogeyman strategy, blasting Republicans as extreme for seeking his blessing or otherwise supporting him.

“This is crazy to me that the DCCC is rolling out a playbook that they know doesn’t work and that they encouraged people in 2018 not to use,” said the member who dropped the f-bomb to describe the situation. The person argued that in 2018, the committee gave the opposite advice — focus relentlessly on pocketbook issues and let Trump’s antics speak for themselves — and Democrats flipped more than 40 seats to take the chamber.

The messaging issues extend beyond Trump. As cases challenging Roe v. Wade have reached the Supreme Court, the DCCC has sent dozens of press releases attacking Republican candidates and lawmakers for opposing abortion rights. But one front-liner called abortion “a lightning rod” in their district — and said the DCCC should steer clear of it as a campaign issue.

“We should leave it up to Planned Parenthood and all the reproductive organizations to get in there and support candidates that are pro-choice and leave it at that,” the member, who like other vulnerable Democrats supports abortion rights, told us. “I’m not going to go out there and start bashing people for being pro-life. It would be a big mistake in my district.”

2) JAMMING THEM ON POLICY — Previous DCCC Chair CHERI BUSTOS (Ill.), who represented a Trump district, was known for pushing back on leadership in private in order to protect vulnerable members from tough votes. But Maloney has taken the opposite tack: In August, as Speaker NANCY PELOSI was trying to corral moderates to vote for a $3.5 trillion budget, the DCCC infuriated members by threatening to withhold campaign money from them if they opposed the resolution. (The DCCC denied this.)

Then this fall, Maloney routinely sided with leadership over at-risk members who wanted Pelosi to allow a stand-alone vote on the infrastructure bill. He attacked one of the members, JOSH GOTTHEIMER, on Twitter after the New Jersey Democrat criticized Pelosi for “breach[ing] her firm, public commitment” to do so.

One member relayed another anecdote to Playbook: During the fall, liberal outside groups spent millions on TV ads pressuring vulnerable House Democrats to back Build Back Better. The members pleaded with the DCCC to get the groups to back off, but committee officials refused. (The DCCC says it’s illegal for the committee to tell an outside group how to spend money.)

3) FRUSTRATIONS WITH THE DCCC CHIEF — Maloney often says he understands the travails of front-liners firsthand: Trump barely won his district in 2016 — though Biden carried it by 5 points in 2020. But several of the members he’s charged with protecting don’t see it that way, and argue that his more left-leaning views are coloring the work of the committee.

“What’s problematic is not only is he pushing the wrong strategy. … The biggest problem is that he’s attacking front-line members for taking a different perspective,” the first lawmaker said. “If you want to win purple and red seats, you have to distance yourself from other Democrats. He is a part of this ‘party purity’ march that is just going to ensure that we are DEEP in the minority.”

Several of the members suspect Maloney is trying to use his DCCC perch to climb the leadership ladder — essentially raising his own profile at the expense of their political fortunes. Doing the job right, these members say, means sometimes having to back them over progressive members in safer districts.

“I think Sean Patrick’s ‘leadership’ — and please use air quotes on that — at the DCCC is the reason why we should not have elected colleagues running that organization,” said the first member. “Because it’s not about protecting the majority; it’s about Sean Patrick Maloney. … We’ve got a vanity project.”

DCCC PUSHBACK: The committee strongly refutes any suggestion that Maloney is focused on anything but keeping the majority. In response to Playbook, they sent a dozen examples of Maloney saying in interviews that at-risk members will win by highlighting their legislative achievements.

“We agree completely, this election will be won on our record of results, not by talking about Trump,” said DCCC spokesman CHRIS HAYDEN. “That’s why Chairman Maloney has been fighting like hell to pass the president’s transformative agenda, which enjoys supermajority support in swing districts.”

The committee asked vulnerable Democrats to send Playbook positive statements about Maloney. About a half-dozen did, and so did Pelosi. “Sean is an incredible leader who listens to front-line members on our battle-tested strategies for success and encourages us to run the best campaigns for our districts,” said Rep. ELAINE LURIA (D-Va.).