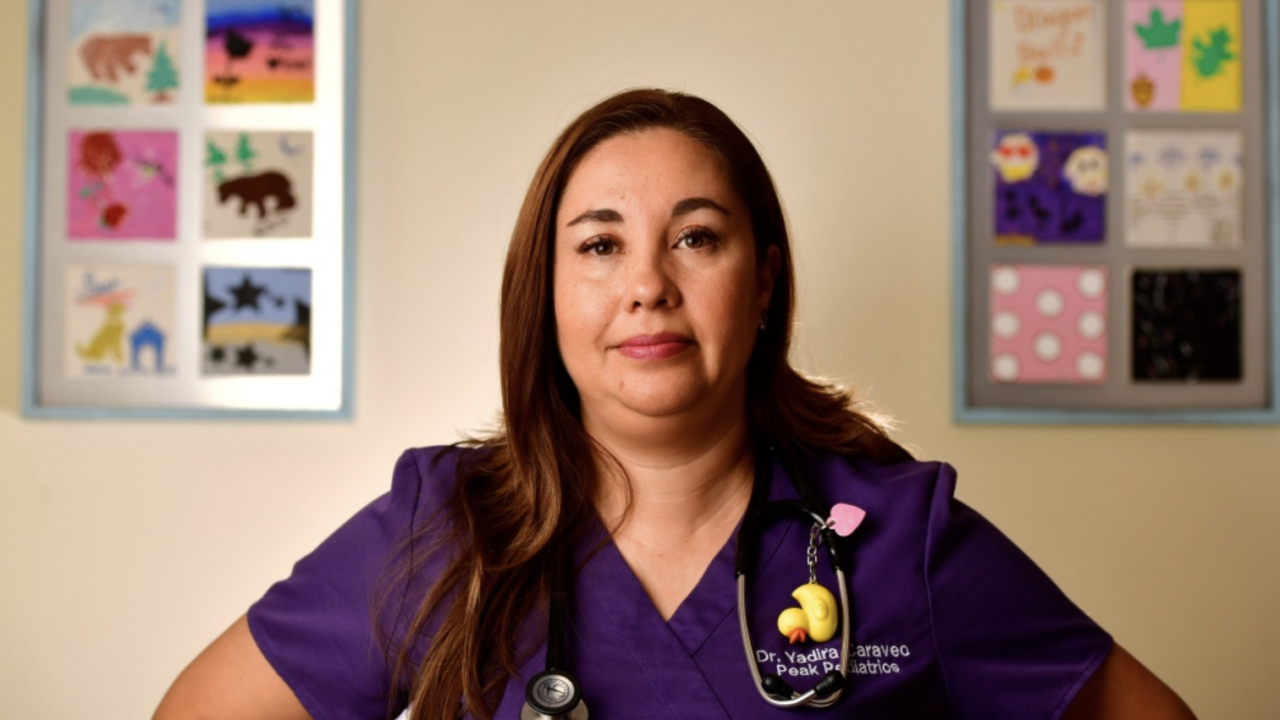 On Tuesday, Democrats nominated Yadira Caraveo to run for Congress in the newly created Colorado 8th district – and she’s as radical as they come.

According to a new report out today, Caraveo’s pediatrics practice encourages telling children as young as 8 years old that they’re racist, she pushed a highly controversial bill to require sexuality instruction for grade schoolers, and that’s just a few outlandish examples from the article.

FIRST ON FOX: A Colorado pediatrician running as a Democrat for Congress is part of a practice that promotes claims teaching kids they are “racist.”

Fox News Digital has learned that the practice she works for promotes an organization on their website that claims kids are racist and advocates teaching them such.

Under the “resources” tab of Peak Pediatrics’ website is a section titled “Speaking on Race & Racism with Kids.”

The tab contains various resources for different organizations and websites and even pointed to the kids’ town hall on racism held by CNN and Sesame Street.

One of the organizations promoted is EmbraceRace, a group Peak Pediatrics said “fights systemic racism by supporting parents to raise children who are brave, informed and thoughtful about race and has many tips and book suggestions” and that is sponsored by the progressive Proteus Fund.

One of the materials on EmbraceRace’s “resources” page is an article titled “Explaining to My Eight-Year-Old That Yes, She Too, is Racist.”

The article advocates for teaching children they are implicitly racist and talking to them about “Whiteness.”

In addition to working at a progressive pediatrics practice promoting claims that kids are racist, Caraveo has also taken controversial stances on other social issues.

In July 2020, Caraveo applauded Colorado for declaring racism a public health crisis, claiming in a tweet that systemic “racism has encouraged the development of an inequitable healthcare system.”

Caraveo also received a 2020 endorsement from the American Federation of Teachers (AFT), which has been under fire recently for its views on critical race theory, and her “first bill in the legislature expanded comprehensive human sexuality education across Colorado.”

“While this bill generated a lot of controversy, we fought to pass it because comprehensive sex ed is critical for our youth to learn about reproductive care options, embrace their identity, and make healthy decisions for themselves,” Caraveo wrote in an August 2020 Facebook post accepting an endorsement from Planned Parenthood.

“Reproductive care should be ensured as a right for all Coloradans, and I am proud to work with groups like Planned Parenthood to protect abortion rights and expand access to reproductive care across the state,” she continued.

Caraveo’s bill was highly controversial, seeing over 300 people testify against it while it was going through the state legislature.

The bill would also require kids to be taught about the experiences of LGBT people in Colorado.

The pediatrician also touted how she suggested a 14-year-old pregnant girl she was treating get an abortion after finding out the patient was pregnant.

“Have you ever told a 14 year-old that her chronic stomach ache is actually a pregnancy?” she wrote in a tweet shared to her Facebook. “As her pediatrician, I can actually give her a choice in that moment –to become a mom, or not.”

Caraveo’s campaign did not immediately respond to Fox News Digital’s request for comment.

The revelation comes ahead of a critical midterm election that is already heavily favoring Republicans.

Progressive Democrats are quickly becoming the elephant in the room as they try to sweep out and replace the old guard in Congress amid a slew of retirements.

However, the national attitude towards progressives continues to sour, especially as gas prices and the cost of living for Americans across the board continues to rise.