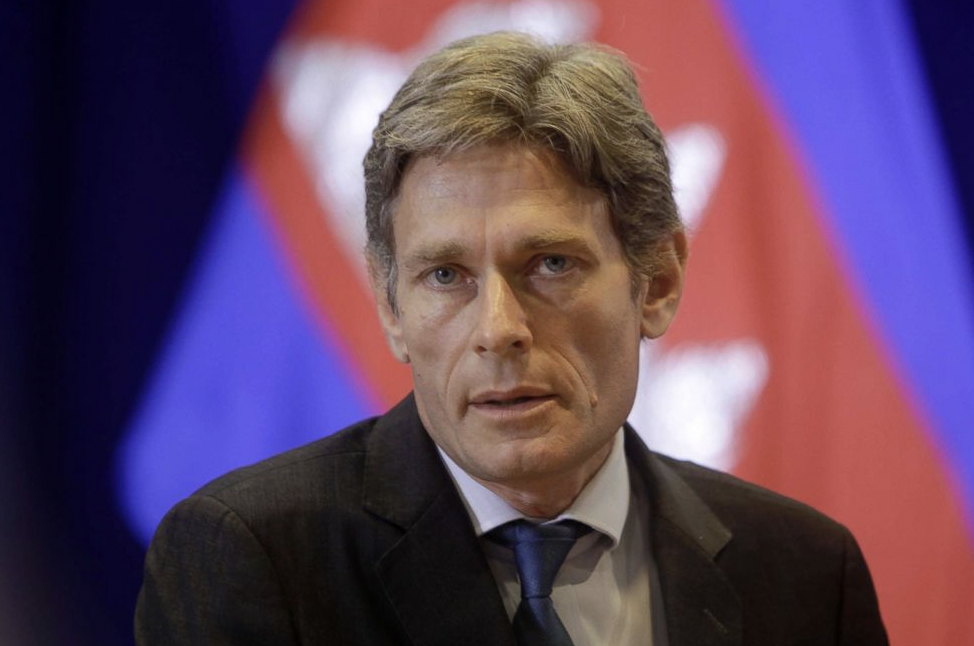 But a report out this morning says Malinowski took nearly $43,000 in the last eighteen months “from a multitude of business interest groups, corporate lobbying firms, and individual corporate lobbyists.”

In a September 2020 TV ad, Rep. Tom Malinowski said he doesn’t “take corporate PAC money, so they don’t own” him. In the following months, the New Jersey Democrat quietly accepted tens of thousands of dollars from business interest groups and corporate lobbying giants.

During his 2020 congressional run, Malinowski often touted his “no-corporate PAC pledge,” arguing that the self-imposed ban allows him to “make decisions solely based on” what he thinks is right for his constituents. In the last 18 months, however, Malinowski has accepted nearly $43,000 from a multitude of business interest groups, corporate lobbying firms, and individual corporate lobbyists, federal campaign finance disclosures reviewed by the Washington Free Beacon show.

House and Senate Democrats use loopholes to accept campaign cash from corporate-funded groups while swearing off corporate money—most take money from congressional leadership committees that are bankrolled by corporations. While this is true of Malinowski, who has accepted at least $200,000 from leadership PACs since September 2020, the New Jersey Democrat has taken the custom a step further by also accepting contributions from business interest groups and corporate lobbying firms. In doing so, Malinowski has taken thousands from groups that attempt to sway Congress in favor of their business interests, a practice the Democrat claims to have sworn off.

Since October 2020, for example, Malinowski has accepted more than $10,000 from lobbying groups such as Winning Strategies Washington and Nelson Mullins. The firms have represented an array of top corporations, including BP, Google, and Comcast. In addition, Malinowski since September 2020 has taken more than $22,000 from business and professional interest groups such as the American Council of Engineering Companies and National Confectioners Association, which represents candy manufacturers and spent nearly $500,000 lobbying the federal government in 2021.

Malinowski’s willingness to take campaign cash from these special interest sources contradicts his claim that he is not bound to corporate donors. In September 2020, Malinowski dismissed Republicans who criticized his acceptance of corporate cash through leadership committees, contending that because he did not take the money directly from a corporation, he has no reason to feel “indebted” to the original source of the funds. But Malinowski has not addressed his lucrative relationship with business interest groups, and his campaign did not return a request for comment.

In addition to Malinowski’s decision to accept contributions from business groups and corporate lobbying firms, the Democrat has also taken thousands of dollars from individual corporate lobbyists—a move that has landed him in hot water. In February 2021, Malinowski accepted nearly $6,000 from former Democratic state lawmaker Vincent Roberti. Roberti runs a firm that has earned millions of dollars lobbying for Nord Stream 2, the pipeline that would transport national gas from Russia to Germany. Roberti’s Malinowski campaign contribution came just months before the Biden administration waived sanctions on the controversial project.

Malinowski entered Congress in 2019 after he defeated then-Republican incumbent Leonard Lance by 5 points. Malinowski’s short congressional term, however, has already been mired in controversy. During his first two years as a congressman, Malinowski failed to disclose dozens of stock trades worth hundreds of thousands of dollars, a violation of the STOCK Act, which requires members of Congress to report large financial transactions within 30 days. A subsequent Office of Congressional Ethics probe found “substantial reason to believe” Malinowski broke federal law.

The embattled Democrat is considered a top Republican target in 2022 and will face a difficult reelection bid this November. Malinowski is expected to face former New Jersey Senate minority leader Tom Kean (R.), who is again challenging the Democrat after a 1-point loss in 2020.