Americans are in an uproar over Pelosi’s plan to have the IRS snoop in working Americans’ bank accounts, but Jahana Hayes does NOT want to talk about it.

When asked about the measure earlier this week, Congresswoman Hayes refused to answer for whether or not she agrees with the IRS spying on families’ bank accounts. Instead, she stared off awkwardly into the distance and walked away in shame. 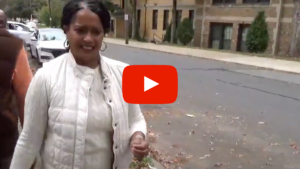 Jahana may not want to give an answer, but Connecticut deserves to know where she stands.

“This isn’t about fighting tax evasion, it’s about having an Army of IRS agents shaking down working families to pay for handouts to Pelosi and her liberal friends,” said CLF Press Secretary Cally Perkins. “Hayes’ constituents deserve to know if she supports the IRS spying on their bank accounts.”