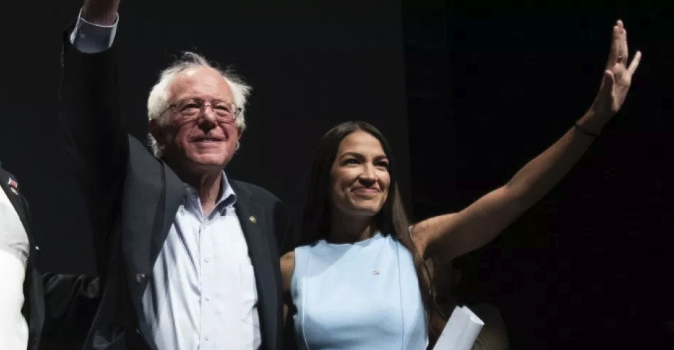 As of last night, half of House Democrats have now endorsed socialist health care better known as “Medicare for All.” Which makes the socialist plan, “the official Democratic Party position in the U.S. House” as Bernie Sanders’ speechwriter so eloquently put it on Twitter last night.

This comes the same day that more than half of House Democrats also came out in favor of impeachment, making clear that radicals aren’t just at the fringes, they’ve totally taken over the Democrat party.

BIG NEWS: Medicare for All is now the official Democratic Party position in the U.S. House, as the legislation now has 118 sponsors — an official majority of the House Democratic Caucus. This is a huge landmark for @BernieSanders & @PramilaJayapal. https://t.co/XFDogZQM1z

So the next time you hear vulnerable Dems whining that they’re getting called socialists, remember it’s because they are socialists.

“Bernie’s speechwriter hit the nail on the head: just like impeachment, socialist health care is now the official Democrat Party position in the House of Representatives,” said CLF Spokesman Calvin Moore. “That’s going to be quite the albatross to bear for vulnerable Democrats across the country next year.”