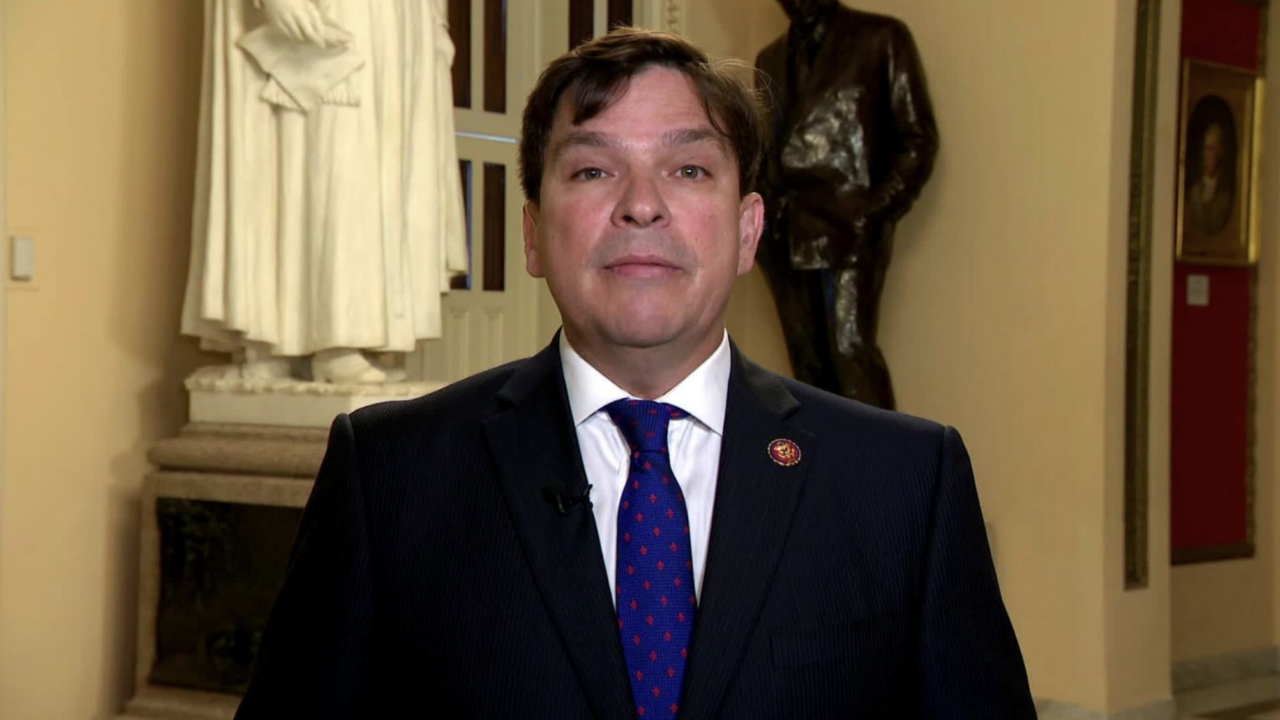 “Vicente Gonzalez and his wife ran afoul of property tax law for at least eight years,” according to a new report from the Texas Tribune. A violation that if found guilty would be “a Class A misdemeanor or a state jail felony.”

Vicente Gonzalez voted last week to hike taxes, double the size of the IRS and hire 87,000 new IRS agents – but maybe he should start paying his own “fair share” before shaking down working families.

U.S. Rep. Vicente Gonzalez, D-McAllen, and his wife ran afoul of property tax law for at least eight years as each claimed homestead exemptions on properties they separately owned.

They fixed the issue last year, when his wife, Lorena Saenz Gonzalez, removed the homestead exemption on her property. But from 2014 to 2021, Hidalgo County records show that Vicente Gonzalez was claiming a homestead exemption on a property in McAllen valued this year at $527,054, while his wife was also claiming one on another property in the city valued this year at $287,131. That saved them at least $2,300 in property taxes on the second property, according to a Texas Tribune analysis.

In Texas, married couples generally can claim only one such exemption, which is meant to provide some tax relief on properties considered “principal residences.” Homestead exemptions cannot typically be claimed on commercial properties, second homes or income properties.

Gonzalez said the second property is one that his wife owned prior to their marriage in 2008 and that she forgot to remove the homestead exemption on it until last year.

”It was a simple oversight that was voluntarily corrected as soon as she found out,” Gonzalez said in a statement.

After the Tribune inquired, Gonzalez spokesperson James Rivera said the congressman has spoken with the county appraiser’s office and intends to pay any back taxes that are owed.

Gonzalez’ wife removed the homestead exemption from her property in October 2021, a county appraiser said.

“We are currently reviewing this case further and we will be doing what is statutorily required within the law,” Jorge Gonzalez, the assistant chief appraiser for Hidalgo County Appraisal District, said in an email.

Gonzalez is facing his most competitive race yet in November as he seeks another term in the nationally targeted 34th District, where U.S. Rep. Mayra Flores, R-Los Indios, is the incumbent.

A homestead exemption shields a portion of a property’s appraised value from being taxed.

Some Texans, like those who are elderly or disabled, are eligible for additional homestead exemptions.

Generally, taxpayers do not have to reapply for a homestead exemption after they initially receive it. But they must let the appraisal district know if they move or if their eligibility changes.

Gonzalez is a lawyer with his own firm, while his wife is a former teacher and school administrator in McAllen and Edinburg.

Gonzalez, who currently represents the 15th Congressional District, is in a hotly contested battle for reelection after redistricting prompted him to seek reelection in the neighboring 34th District. Flores became the incumbent there earlier this summer after flipping the seat in a special election that attracted national attention, most notably from Republicans looking to make new inroads in South Texas.

The redrawn version of the 34th District that is on the November ballot is more favorable to Democrats than it was in the special election, but the GOP hopes Flores can beat the odds.

Property-tax experts agreed that the Gonzalezes’ situation was problematic, but not unheard of.

“Typically one family, one homestead,” said Dale Craymer, president of the Texas Taxpayers and Research Association, speaking generally about the law.

“Married couples may only claim one homestead exemption, which must be on their principal residence,” said James Quintero of the Texas Public Policy Foundation, a conservative think tank based in Austin. “To do otherwise likely violates the spirit of the law, if not the letter of the law.”

Craymer said the law is “very difficult to enforce,” noting appraisal is done at the local level in Texas’ 254 counties and “there’s no sort of central composite database where appraisers can double check.”

Homestead exemptions have tripped up Texas politicians before. In 2009, then-Gov. Rick Perry, a Republican, said he would repay $183 in property taxes after media reported that he got a homestead exemption on a home near Texas A&M University where his daughter was living while attending the school.

The issue has also cropped up in the past for Lt. Gov. Dan Patrick, a vocal GOP crusader against property taxes. When he was a radio host in 2005, the Houston Chronicle reported he had to pay $595 in back taxes after he got homestead breaks on two separate properties in the city’s suburbs.