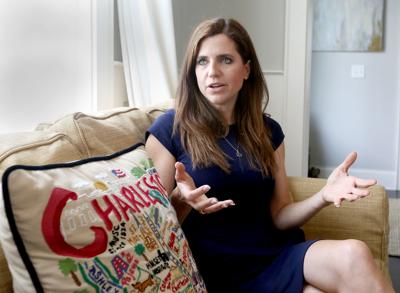 A new report in FiveThrityEight today says 2020 is shaping up to mark “a new political moment for Republican women” as record numbers of female GOP candidates run strong campaigns to flip seats in the House of Representatives, delivering “a real chance of increasing their numbers in Congress.”

Put simply: Republicans invested early to land a stand-out class of recruits to win – and it paid off big.

2020 Could Be The New Year Of The Woman … For The GOP
FiveThirtyEight
Meredith Conroy
July 8, 2020
https://fivethirtyeight.com/features/2020-could-be-the-new-year-of-the-woman-for-the-gop/

More women ran for office in 2018 than ever before, which led to a record number of women in Congress. Overall, the share of House and Senate seats held by women increased by 4 percentage points, from 20 to 24 percent — adding more women to the ranks than in any other election cycle since 1992.

So what explains this sudden uptick in Republican women running? And are GOP women following Democrats’ 2018 playbook or writing their own? More importantly, will this lead to more female representation in Congress? (Remember, despite the strides made in 2018, the numbers of men and women in Congress are far from equal.)

What we’re seeing in 2020, though, might mark a new political moment for Republican women. Like Democrats, they’re motivated by anger — except it’s not toward Trump, said Deckman, but toward the women’s movement his election sparked. Deckman told me that in her earlier interviews with tea party women, she found that many resented the progressive women’s movement, and she thinks that resentment might be motivating GOP women now. “[M]any GOP women felt that those women in those movements do not speak for them,” said Deckman, citing both the Women’s March and the #MeToo movement as events that may have sparked more GOP women to run, telling me that some Republicans may be running to “put out a counternarrative of what women’s interests actually entail.”

Republican women are also being encouraged to run this election cycle by members of their party. The GOP hasn’t historically invested in organizations that recruit and train women to run for office, but there has been a marked shift in the level of this investment since 2018. New organizations like Winning for Women and Elevate-PAC are attempting to mimic the success of women’s groups on the left, like Emily’s List. They are still well behind these groups financially, but Danielle Thomsen, a University of California, Irvine political science professor, told me the importance of these organizations goes beyond just financial support; they also offer symbolic support, which can go a long way in a party where support for women candidates has long been lacking.

Additionally, with Democrats taking back the House in 2018, there are just more opportunities for Republicans to run in open primaries; plus, a wave of retirements in safe Republican districts may have enticed more women to throw their hat into the ring, as a primary victory in those areas nearly guarantees a win in November. …

It’s not clear what this all means for 2020, but at this point, more Republican women are running, and they stand a real chance of increasing their numbers in Congress. Even for those who lose their races, this could be a turning point. As Thomsen told me, running is half the battle. “People who already ran have donors and volunteers,” said Thomsen. “Plus, [if the race was close] they almost won — which is no small feat! A lot of campaign groundwork is already laid.” That could pay huge dividends for Republican women in 2020, helping them turn a newfound political moment into longer-term progress for the GOP.