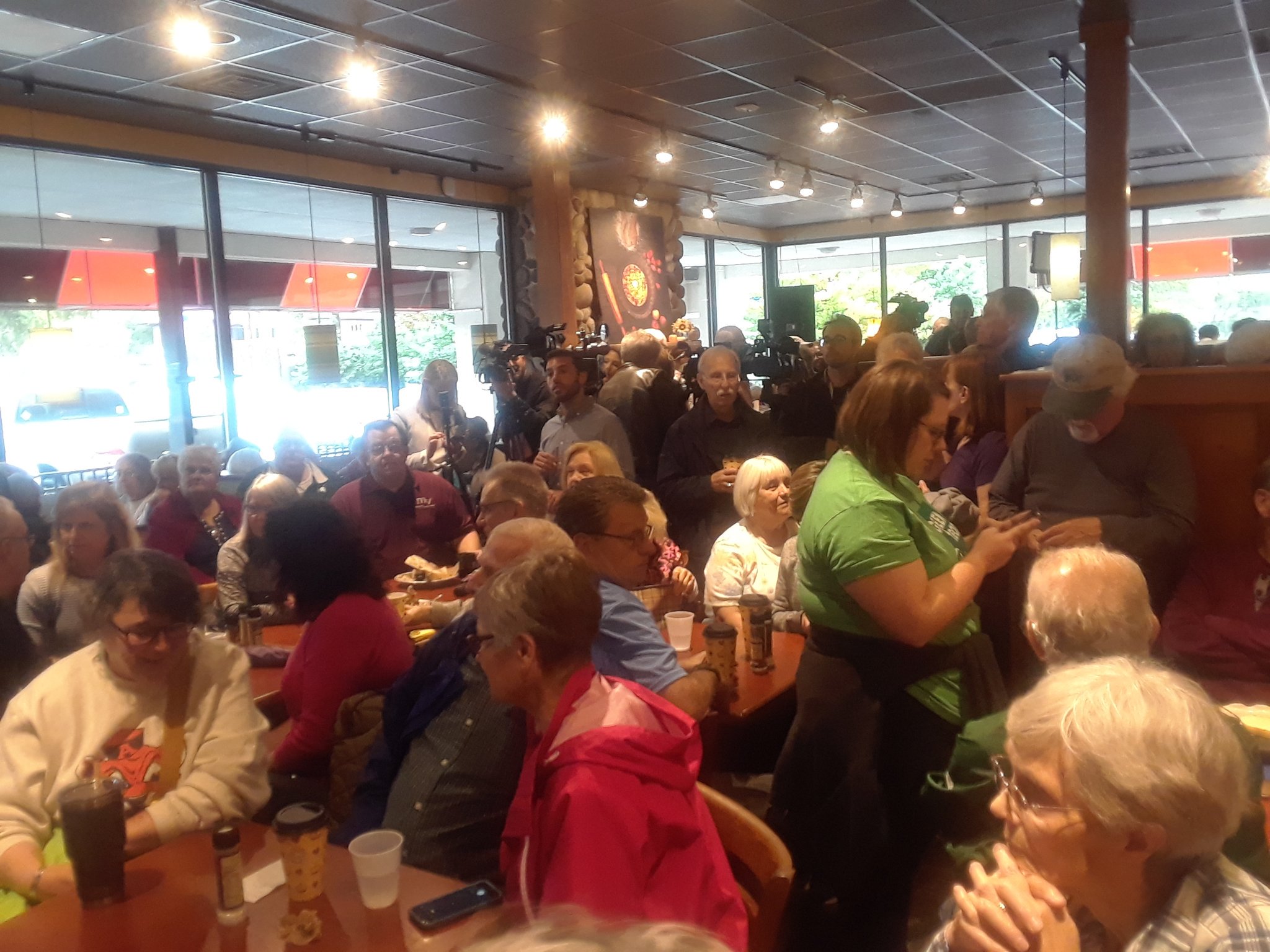 Vulnerable House Democrats are just days into their 2 week recess since going full bore on impeachment and their town halls are NOT going well. Let’s take a look at the most disastrous moments from just the past few days:

Elissa Slotkin’s town hall disaster: After backing impeachment, Slotkin’s first town hall was so packed, it had to be shut down by the fire marshal. More than 100+ folks gathered inside and out holding signs about impeachment saying “Get over it, he won.” The event ended with Slotkin telling reporters, “I hope this is not the end of my political career.”

This is the first town hall-esque event she’s done since she announced she’s in favor of an impeachment inquiry.

100+ folks inside and folks outside holding signs that said “Get over it, he won.” pic.twitter.com/i1UN3SyOmi

Haley Stevens’s nuclear meltdown: Haley Stevens held a town hall at a gun range where droves of her constituents showed up to tell her how much they disagree with her policies. According to local press, “tempers flared,” forcing Haley Stevens to cut the meeting short, but not before going into an apoplectic screaming match against her constituents that, honestly, you have to really see to believe.

Max Rose’s self-inflicted wound: Just one day after getting a primary opponent, Max Rose held a town hall meeting where he backed impeachment, showing that his weeks’ long effort to stave off impeachment was just a phony act. He’s just as obsessed with impeaching Trump as the rest of the Democratic party. Best of luck in that Trump +10 seat now, Max!

Rep. Max Rose, at a town hall in Staten Island, says he supports an impeachment inquiry. He had declined to endorse it previously, and was one of the last Democratic holdouts. pic.twitter.com/J57dEmCsDr

And we still got more than a week of this to go, folks!

“Vulnerable Democrats’ disastrous town hall meetings should be a wake-up call that voters are not down with wasting another year looking for an excuse to impeach the President,” said CLF Spokesman Calvin Moore. “Voters expect their Members of Congress to get to work on policies that will make life better for everyday families, instead they’re wasting time on another fishing expedition against President Trump, just because they disagree with him.”