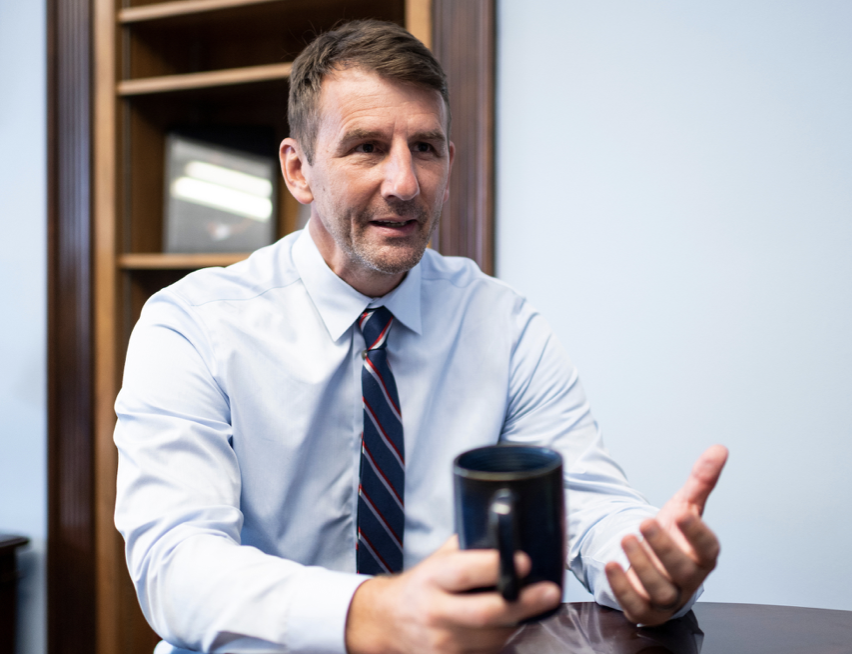 A new bombshell report is out, detailing how Congressman Frank Mrvan rewarded a top campaign donor with taxpayer-funded contracts worth hundreds of thousands of dollars.

After Mrvan set up the arrangement, the company pocketed six-figure checks, and in return, showered Mrvan with campaign cash and even set up a PAC exclusively to his benefit.

You don’t want to miss this…

Rep. Frank Mrvan, D-Ind., steered a lucrative contract to a campaign donor’s business during his time as a township trustee and has since received tens of thousands of dollars in contributions from the individual and his company, according to records reviewed by Fox News Digital.

A relative of the business owner, meanwhile, also chipped in maximum contributions to Mrvan’s congressional campaign.

In May 2007, shortly after being elected as North Township, Indiana, trustee, Mrvan fired Unique Events, the company contracted to cater events at the town’s Wicker Park venue, according to local media reports and records obtained by Fox News Digital. Mrvan then awarded the catering contract to Dining Solutions, an active business created by local resident Brian Cook, who had donated $2,000 to his inaugural trustee campaign the year before, local records show.

“I don’t blame Unique Events, I blame Frank Mrvan,” Vicky Jarden, a local resident who had paid Unique Events to cater her wedding scheduled for June 2007 at Wicker Park, told The Times of Northwest Indiana at the time. “This was political … they screwed me.”

Jarden was ultimately forced to find a different venue where Unique Events was allowed to cater her wedding.

“Dining Solutions, at Wicker Park, is the answer to your catering needs,” the Dining Solutions website says. “Founded in 2007, the company has made a name for itself as one of the premier venues in Northwest Indiana.”

Meanwhile, Cook, who still serves as the president of Dining Solutions, has simultaneously poured cash into the Democrat’s campaign coffers. The businessman has provided Mrvan’s campaigns with $33,237 in individual and in-kind contributions both directly and through his company throughout his political career.

Additionally, Cook helped bankroll a national political action committee in which Mrvan was the sole beneficiary. During the 2020 elections, Cook pushed $15,000 into the Middle Class Values PAC, which raised just $43,000 total.

The PAC, in turn, reported spending $32,000 in independent expenditures, all of which benefited Mrvan. The entirety of the PAC’s expenditures, which funded online advertisements and direct mailings for the Mrvan campaign, occurred less than a month after Cook’s donation.

Brian Cook, however, was not the only Dining Solutions employee to benefit from the Indiana Democrat. Karli Lecea, a current company employee who chipped in small amounts to Mrvan’s campaign, landed a job at a bank after asking the then-trustee for help.

“Frank [Mrvan] sent me to the township’s Resource Coordinator Cesar Garcia at Circle of Services in Hessville,” Lecea told the North Township Navigator in the fall of 2020. “Cesar went to work right away to help. The township also had a computer I used to put my resume together.”

“All of the help Cesar provided paid off,” Lecea said. “I beat out several other candidates to get the job.”

“It is absurd to suggest that a local small business caterer, who has a stellar reputation in Northwest Indiana and provides these same services to this day, received preferential treatment from the North Township Trustee office, and this allegation is further evidence that the Republican nominee is desperate,” Matt Calderon, Mrvan’s campaign manager, told Fox News Digital in an email.

“Desperate people do desperate things in desperate times and the Republican nominee is desperate,” he continued.

Mrvan is running for re-election against Republican Air Force veteran Jennifer-Ruth Green. Cook Political Report has rated the race a “toss up.”

Calderon added that Green’s campaign is “out of touch.”

“We can safely assume her campaign is recognizing that the voters of Indiana’s First Congressional District know she represents an extreme, Republican agenda that wants to force 10-year-old rape survivors to give birth, destroy collective bargaining rights for our friends in labor, and allow corporations to pay less in taxes than local law enforcement officers,” he said.