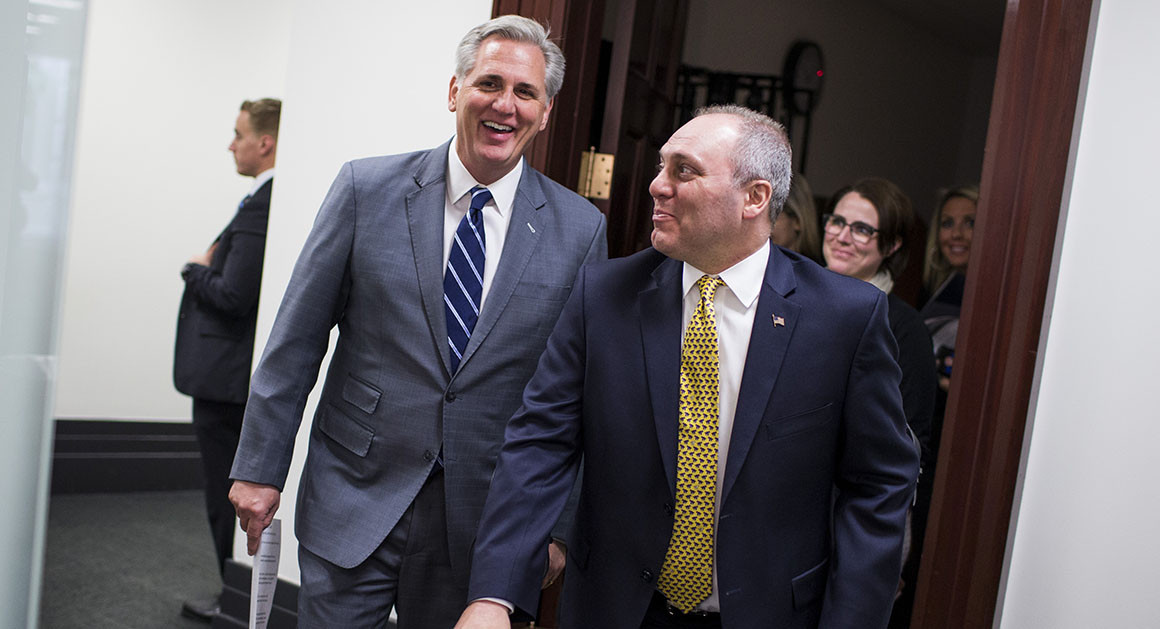 Every seat Republicans won last cycle was won by a woman, a minority or veteran, and as Axios reports, “House Republicans are running more than 60 nominees of color on general election ballots nationwide with Leader Kevin McCarthy looking for a sequel to a 2020 cycle.”

In case you missed it, Axios has the scoop on how the next generation of Republican leaders will win the Majority.

House Republicans are running more than 60 nominees of color on general election ballots nationwide, with Leader Kevin McCarthy (R-Calif.) looking for a sequel to a 2020 cycle in which he more than doubled the number of GOP women in Congress.

Why it matters: McCarthy is trying to win back control of the House and ascend to Speaker. Every seat the Republicans flipped in the last cycle was won by a woman, person of color or veteran.

Don’t forget: In 2019, Rep. Will Hurd (R-Texas), then the only Black Republican in the House, announced his retirement.

What we’re watching: McCarthy last week stumped for John James, a Black Republican who will face Carl Marlinga, a white Democrat, in Michigan’s 10th District. The Congressional Leadership Fund has also invested in the following candidates:

What they’re saying: National Republican Campaign Committee Chairman Tom Emmer told Axios, “What has changed is the emphasis on recruitment.”

Between the lines: Many Republican candidates are running against Democratic candidates of color. Not all are running in districts where they have a good chance of winning.

The bottom line: Democrats continue to outpace Republicans in terms of candidates’ racial and ethnic diversity.