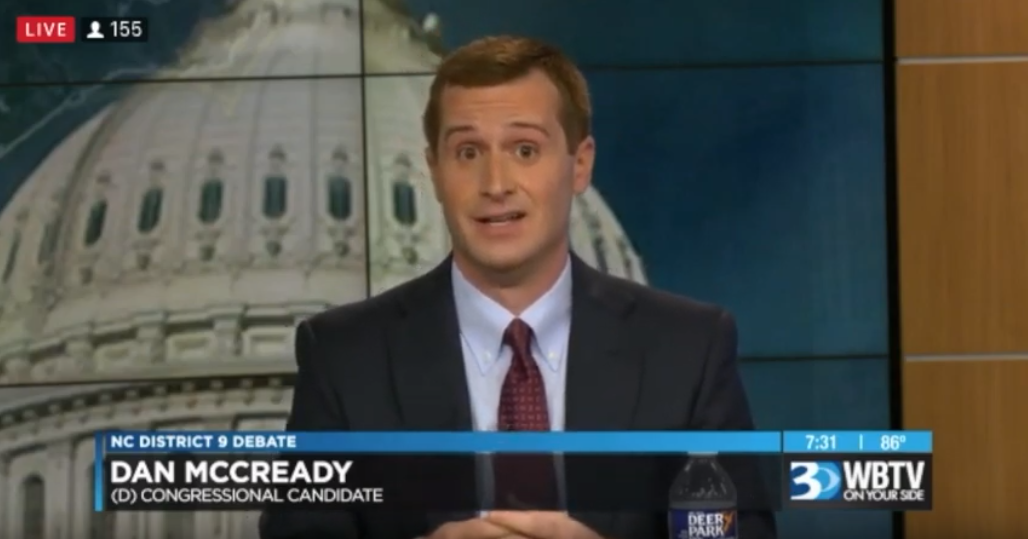 Greedy Dan McCready stood on stage in last night’s debate and – with a straight face – told voters his boldest lie yet: that he agrees we need to get tough on China, just like President Trump.

Yeah – the same President that McCready said was, “the greatest threat to our constitution and our democracy of my lifetime.”

Truth is: when McCready wasn’t busy cutting deals with companies sending jobs to China, he was partnering with companies that imported Chinese devices that our own government says put our national security at risk.

McCready won’t get tough on China because he’s sold out to them at every step.

Click here to watch McCready lie about getting tough on China.